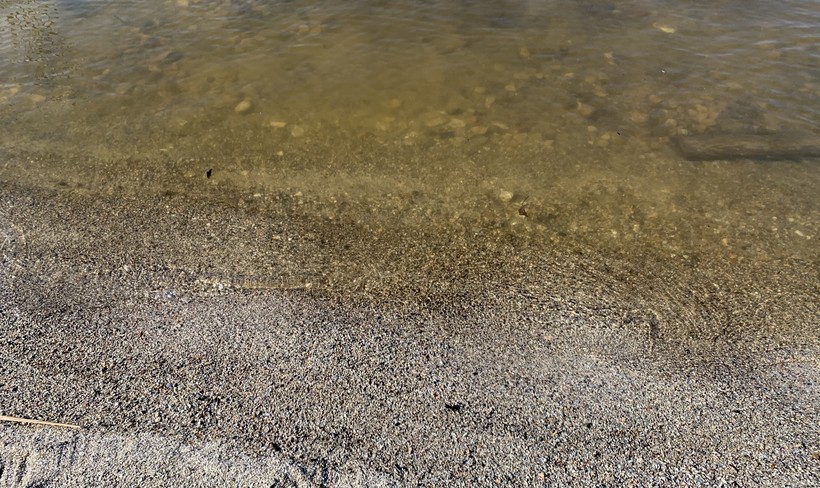 The University of Wisconsin-Green Bay is leading the charge to create a National Estuarine Research Reserve on Green Bay. Megan Hart/WPR

Green Bay Is Home To The World's Largest Freshwater Estuary. It's In The Running To Be A National Research Reserve.

Officials From UW-Green Bay Are Aiming To Have The Reserve Designated By Late 2024
By Megan Hart
Share:

Green Bay is the largest freshwater estuary in the world, and now the University of Wisconsin-Green Bay is leading the search for a site between Marinette and Door County to become a National Estuarine Research Reserve (NERR.)

This is the second step toward creating a NERR in Northeast Wisconsin. It would be the third on the Great Lakes and the 30th across the country.

Reserves receive most of their funding from the National Oceanic and Atmospheric Administration (NOAA), with a local agency managing day-to-day operations. In this case that would be UW-Green Bay.

The future site will be located on land that’s publicly owned. Unlike a proposed NOAA sanctuary that met pushback from residents of Manitowoc, Sheboygan and Ozaukee counties, the reserve wouldn’t come with new federal regulations, according to Emily Tyner, director of freshwater strategy at UW-Green Bay.

"The Natural Estuarine Research Reserve is completely non-regulatory so, no, absolutely no new regulations are imposed," she said. "There's no changes in how people can fish or hunt, or major boat traffic."

The site selection process includes several steps, and ultimately the location needs to be approved by NOAA and the governor, Tyner said.

The university is aiming to determine a site by the end of 2022. NERR designations usually take four to six years, she said.

The process started for Green Bay in 2019, when Gov. Tony Evers submitted a letter of interest to NOAA. The university hopes to have the site officially designated by the end of 2024, but it’s not going to cut corners when it comes to soliciting public feedback, Tyner said.

"We want this to be very much a community-driven initiative because the processes you go through to designate the reserve, we hope, will serve the reserve when it's up and running," she said. "That means doing a deliberate, thorough job of telling people what it's about, making sure questions are answered and soliciting public input on what their vision for the Green Bay NERR can be."

UW-Green Bay is holding two virtual events to kick off the community engagement aspect of the designation process.

Ultimately, the NERR would serve research, education, stewardship and training functions. Each reserve across the country collects the same samples to monitor the health of America’s estuaries, Tyner explained. She envisions the Green Bay reserve also working closely with K-12 students around the state and hosting international researchers at a visitor center.

Research conducted at the reserve could help address problems that are facing Lake Michigan, like erosion, high water levels and algae.

Officials in Brown County recently held a news conference to voice their support for brining a NERR to their shores.

There’s already one NERR in Wisconsin located on Lake Superior and managed by the University of Wisconsin-Madison’s Division of Extension. Patrick Robinson of UW-Extension, who helped designate the Lake Superior National Estuarine Research Reserve, is serving on the site selection committee for Green Bay.

The other Great Lakes NERR is located on Lake Erie in Ohio.