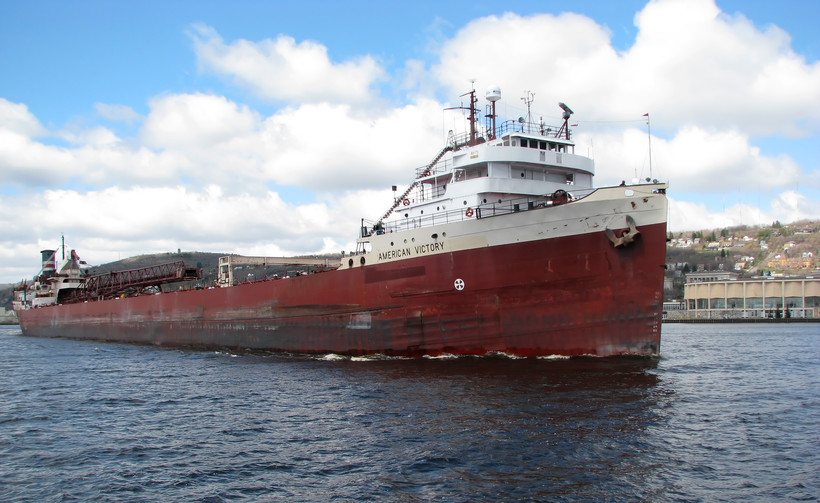 Great Lakes Shipping Looking Sluggish Out Of The Gate

Great Lakes shipping is getting off to a bit of a slow start. Lakers are hoping that that Mother Nature cooperates.

You can't read much into cargo numbers from March - they just one week of shipping. And even if demand for iron ore and limestone is strong. Lake Carriers Association vice president Glen Neckvasil says it hasn't been smooth sailing: "Yes. It was challenging. We had quite an ice field there in Whitefish Bay. So that certainly did delay some cargo."

Whitefish Bay is a bottleneck from Lake Superior to the Soo Locks.

Overall, Great Lakes cargo is down 7 percent in March over last year, and up slightly for the five-year average. Another sign is all but five of the 57 Great Lakes fleet are set to sail this spring. Neckvasil says that's much like last year.

"The economy is still not hitting on all cylinders. The construction industry in the Great Lakes basin is still sluggish. We certainly are doing much better than the height of the recession there in 2009 but nobody's singing 'Happy Days are Here Again'."

"At this point I'm not optimistic about a huge increase. What I can say is 2011 [and] 2012 were very similar in terms of traffic for us and we expect 2013 to follow suit. Maybe a slight increase, we're hoping for."

Krause says another challenge beyond the economy and weather is low lake levels and a lack of dredging that will mean ships sailing light.