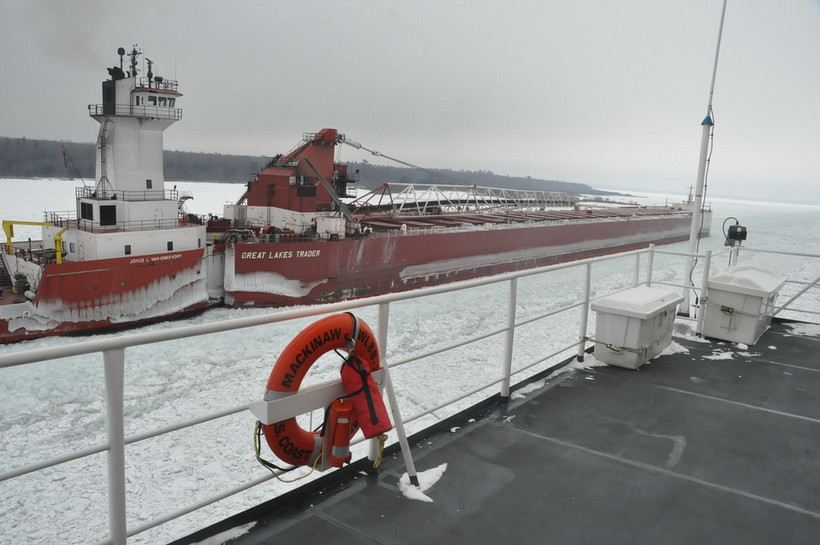 “We expect temperatures across the Northland to be in the teens below zero,” Gohde said.

In all, the Duluth-Superior area has had 55 days of subzero temperatures so far this winter, with packed ice over 78 percent of the Great Lakes, when the norm is 55 percent.

“It's fluctuated pretty wildly... in the past few years, Leshkevich said. “I wouldn't want to say we're going to have less ice cover or more ice cover. It's something that's hard to predict.”

All that adds up to thick ice around Sault St. Marie, Michigan: ice cutting territory where ships connect with Lakes Superior and Michigan. Coast Guard vessel traffic manager Mark Dobson says it will make for a tough break-out when shipping traffic resumes March 25.

“You know, you can only do so much with an icebreaker. They're not magic little ships that melt the ice and spread fairy dust everywhere and it all goes away, you know? Two feet is two feet, and it's two knots or five knots,” Dobson said. “It depends on the thickness and everything else. We don't have magic hairdryers that can make it soft and go away.”