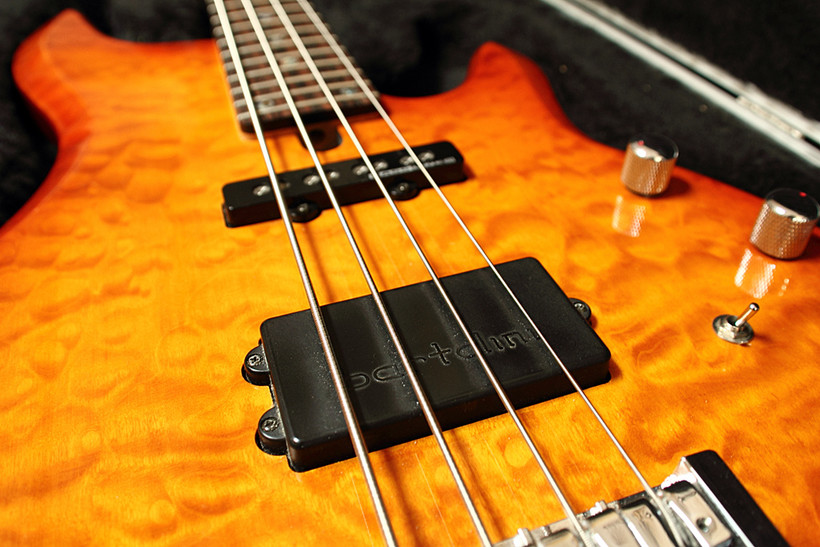 Great Bass Lines And The Science That Makes Us Love Them

While bass guitarists might not be the most glamorized members of famous bands, the bass sound they create is a core part of music. In fact, new neurological research suggests that the human brain listens for bass to help keep time within the music.

Laurel Trainor is a professor of psychology, neuroscience and behaviour at McMaster University in Ontario, Canada, where she directs the Institute for Music and the Mind. During a recent research project, Trainor measured brain response to high- and low-pitched sounds using an electroencephalograph, better known as an EEG.

With the brain lighting up on bass errors more than in the high tones, Trainor concluded “that actually the brain is better able to encode timing with the lower pitches than the higher pitches.”

Trainor said this makes sense, given how music works around in the world. Across cultures, rhythm is usually assigned to the bass instruments.

Trainor said that the bass-brain connection is part of what makes music danceable.

“Our brains are set up so that when we hear an auditory rhythm, it actually activates motor regions in our brain that have to do with timing and movement,” she said. “It's almost as if it's priming our bodies to move, and it's really these bass instruments that seem to be the main driving force behind that.”

Bass guitarist Corey Brown is founder and CEO of No Treble, a website devoted to the bass. He said he fell in love with the sound of the bass at an early age, and started playing orchestral bass at age 10.

“When I hit the bass, and hit that low E-string on the bass and felt that vibration, I knew that was it,” he said. “That was my first love in music.”

Brown agrees with Trainor that the bass has a fundamental hold on listeners.

“It's what propels the music forward; when a song is grooving, it's because of the bass,” he said.

For a Wisconsin Public Radio segment on great bass lines, Brown asked notreble.com followers to offer their suggestions, and got a wide variety of responses. Brown said great bass lines can range from simple and memorable to complex and wide-ranging. On the simple and repetitive side are classics like “Come Together” by the Beatles and “Money” by Pink Floyd, both of which start with a bass line. On the more complex end are songs like “What's Going On” by Marvin Gaye, where Brown said the bass line rarely repeats itself.

While the bass guitar has typically been a male-dominated instrument, Brown said that's starting to change, thanks both to recent musicians like Esperanza Spalding and Tal Wilkenfeld and to new recognition being given to session musician Carol Kaye, who played on a number of tracks without credit from the 1950s onward.

While the bass isn’t the always the center of attention, Brown said it deserves respect.

Here’s a sampling of must-hear and iconic bass lines (and the bass player responsible), compiled by Brown, the No Treble audience, and WPR staff and listeners:

(Also on the list, but not available on Spotify: “Come Together” by The Beatles, featuring Paul McCartney on bass.)