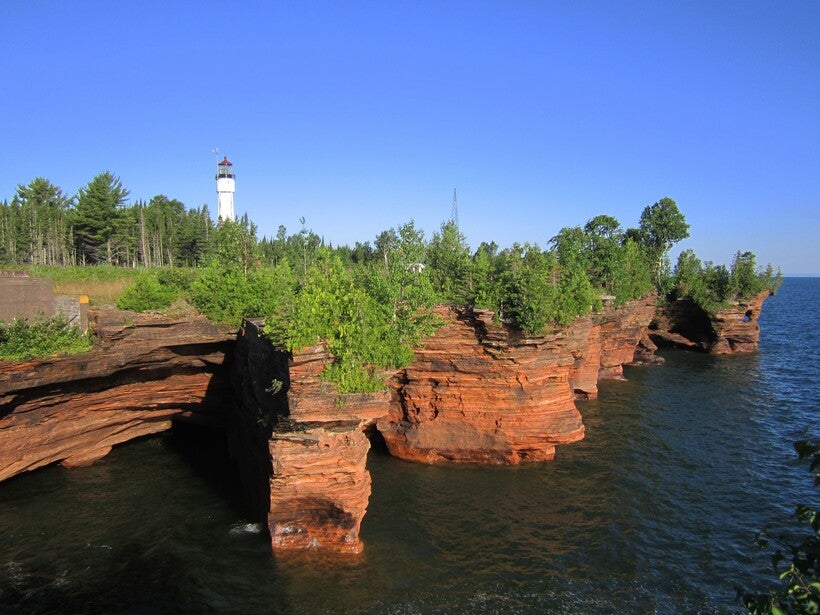 National parks may soon be able to chip away at billions of dollars' worth of maintenance that's been placed on the back burner, according to a Trump administration official who toured the Apostle Islands National Lakeshore over the weekend.

Assistant Secretary for Fish and Wildlife and Parks Rob Wallace touted the recent passage of the Great American Outdoors Act during a visit Saturday. The new law sets aside $6.5 billion over the next five years through revenues generated from oil and gas development on federal lands as part of the newly created National Parks and Public Land Legacy Restoration Fund.

The money is slated to go towards addressing a nearly $12 billion backlog of maintenance projects at more than 400 parks nationwide.

"It's up to us to wisely spend that money, to look at opportunities, perhaps by working with partners, to stretch out that those available funds, and do the most we can with this opportunity to take care of this maintenance backlog," said Wallace.

Wallace was slated to tour Raspberry Island and Little Sand Bay over the weekend to get a closer look at the challenges facing the park, which has a $9 million maintenance backlog. That's roughly three times the park's annual operating budget. 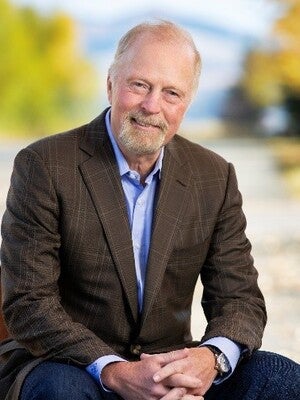 The trip is part of a tour of parks nationwide that will help the National Park Service identify priorities for funding and ongoing maintenance needs.

"You don't just make an improvement and then start letting it decay the next year, so how do we look at the upkeep going forward?" said Wallace. "Those are some of the priorities that we are addressing as we think about how to deploy these funds."

A 2019 study commissioned by the Pew Charitable Trusts found that road and building maintenance make up more than half of the $11.9 billion backlog within the National Park Service. The study estimated more than 108,000 jobs could be created by investing in park infrastructure, including 120 jobs in Wisconsin.

"Some parks don't have as much deferred maintenance as others, but a park like this that has sort of a constant pounding every year because of the lake and the harsh winters," said Bert Frost, director of the National Park Service's Midwest Region.

A combination of storms and high lake levels have damaged the park's historic structures in recent years, including a historic Fresnel lens that shattered after becoming dislodged at the Devils Island Lighthouse. The Apostle Islands is unique in that it's home to nine lighthouses — the most located within any national park.

The park has also sustained damage to multiple docks and sites, including Michigan Island, Manitou Island and Sand Island. 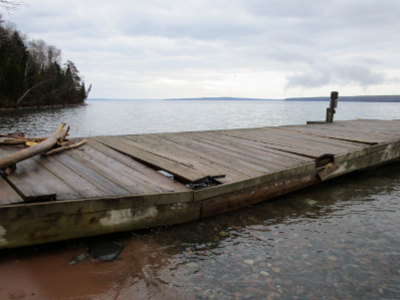 Frost said it's important to protect and maintain national parks, which support more than 340,000 jobs and provide a $41.7 billion economic benefit.

The Apostle Islands National Lakeshore has a $46 million economic impact on Wisconsin's economy and supports 550 jobs. During the winter of 2014, the discovery of the ice caves prompted more than 138,000 people to visit the Apostle Islands, bringing the total visitors to roughly 290,000 that year. The park typically sees an average of around 203,000 visitors each year.

"The fact that they come here, there's a reason for that," said Frost. "It's been designated as a special place and that's important to people."

Wallace and Frost will head next to Sleeping Bear Dunes National Lakeshore in Michigan to examine deferred maintenance there.

The Great American Outdoors Act also includes permanent funding of $900 million each year for the Land and Water Conservation Fund, which will provide money for conservation and recreation projects nationwide.