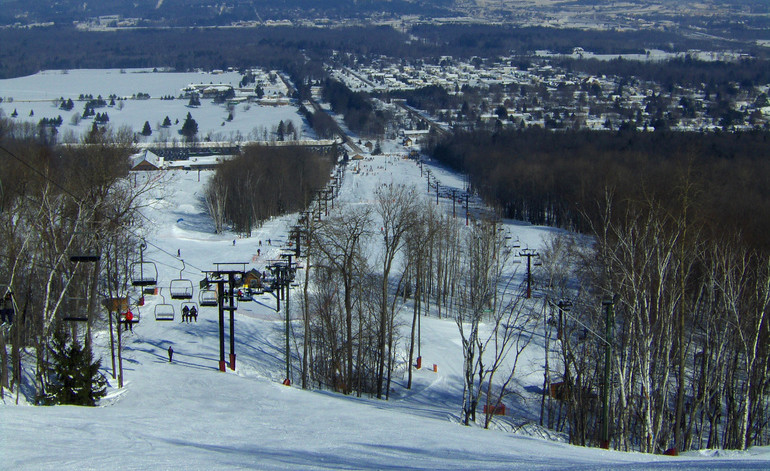 Wisconsin's largest ski resort will launch a significant expansion after the state approved a new master plan for Rib Mountain.

The plan also calls for the creation of new hiking, climbing and mountain biking trails at the central Wisconsin state park.

The ancient quartzite hill outside of Wausau is already a site for skiing and hiking. The operator of the ski resort, Granite Peak Ski Area, has been pushing for more than eight years to expand its footprint, and in 2019 the state Natural Resources Board approved the creation of a new master plan for the park. More than three years and 6,000 public comments later, the board this month approved a revised plan that will expand the ski area, add mountain biking trails and campsites and create a hiking trail around the base of the mountain.

The plan's passage "sets the vision for the future of the state park and surrounding area," Wausau and Marathon County parks director Jamie Polley said in a statement. "The addition of mountain biking and the expansion of outdoor recreation opportunities ... will improve the quality of life for residents, draw in visitors and grow the economic impact of central Wisconsin.”

It will be years before many of the new proposals are completed. But Granite Peak's owners have said adding new ski runs at the site is an essential part of its future.

That's in part because the ski area, whose economic impact in central Wisconsin has been estimated at more than $27 million per year, lacks many options for beginners and intermediate skiers. All the runs that start at the top of the hill are relatively steep and better for more advanced skiers. Under the newly approved plan, an expansion to the west will create less-steep options.

"Getting to the top in the west is what will attract more skiers for longer stays, by offering a top-to-bottom beginner (and) intermediate ski experience for the whole family," said Charlotte Skinner, one of Granite Peak's owners, in a comment to the Natural Resources Board.

Similarly, Mike Repyak of the International Mountain Bicycling Association told the board that including options for bikers and climbers of differing skill levels will help to ensure the social sustainability of the development.

"We're not going to go out there and just build trails that are double-black-diamond trails and it's only for a certain niche of riders, or super-technical climbing trails for hikers and it's only certain fit folks that can go and hike those trails," Repyak said.

The new agreement will allow Granite Peak to lease an additional 100 acres of public land, including expansions both east and west of its current footprint.

In addition to that, state and county governments will look to acquire as much as 1,160 acres of land around the existing park for new developments that could include a nature center and an extensive network of new trails. 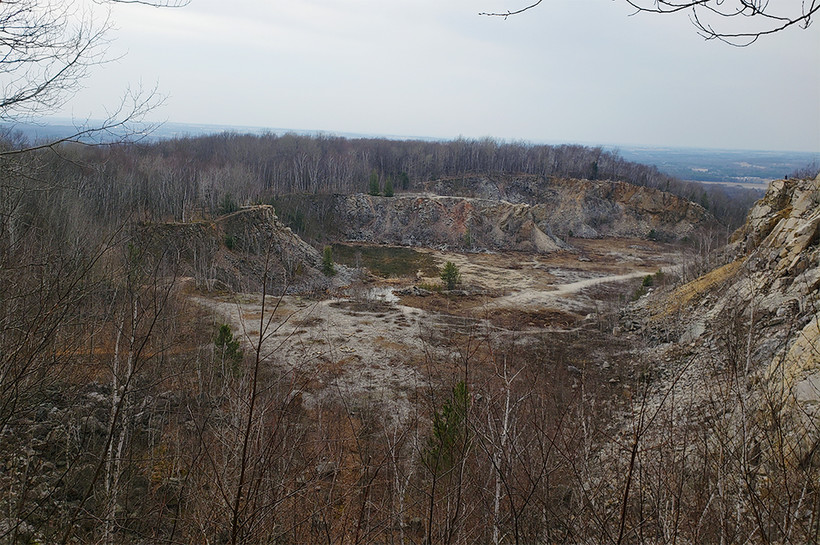 View of Rib Mountain's quartzite quarry on a trail that leads up and around the quarry and back down the mountain. Liz Dohms-Harter/WPR

The proposals have been opposed by some neighbors, who formed a citizens group called Leave Rib Mountain Alone that sought to stop any new development. That pressure in part contributed to the expanded biking and hiking trails that make up a significant portion of the new plan the state approved.

Business groups and local mountain biking and adventure sports coalitions strongly favored the proposal, calling it an opportunity for central Wisconsin to capture a growing outdoor-tourism market. Tim White, the executive director of the Central Wisconsin Convention and Visitors Bureau, said in a statement that it will help make the region a destination for "premiere outdoor recreation."

Mark Janowiak from New Glarus wrote WPR's WHYsconsin to ask about the origins of Rib Mountain in central Wisconsin. Geologists confirmed that although the mountain isn't and hasn't ever been volcanic, volcanoes still played a role in its existence.