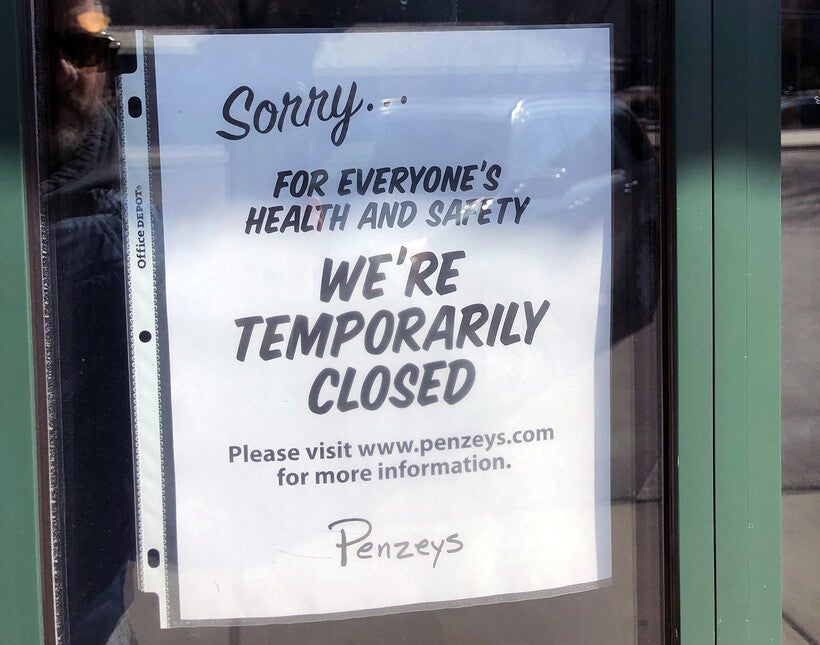 Penzeys Spices, with over 70 stores in Wisconsin, announced Tuesday, March 17, 2020, that they would be closed to slow the spread of COVID-19. Noah Ovshinsky/WPR

State Has Seen An Increase In Demand For Unemployment Benefits
By Hannah Haynes
Share:

Gov. Tony Evers plans to issue an emergency order Wednesday to waive work search requirements and change rules for unemployment insurance benefits for workers affected by the economic fallout of the COVID-19 outbreak, according to a news release from the state Department of Workforce Development.

Currently, someone eligible for unemployment insurance in Wisconsin must complete at least four work searches per week. Under the order, the work search requirement would be removed.

Nearly one in five American households are experiencing a layoff or reduction in work hours, according to a new NPR/PBS/Marist poll.

Amy Banicki, the department administrator of the Unemployment Insurance Division for the DWD, told "The Morning Show" they've seen an uptick in demand for unemployment insurance.

The department has trained additional staff to take phone calls to deal with the increase, Banicki said.

She said people who don't qualify for state unemployment insurance can contact their county governments about programs at that level that could provide support.

Banicki encouraged anyone who is unsure if they are eligible for unemployment to file a claim.

The maximum rate for unemployment insurance in Wisconsin is $370 a week. Frostman said that’s problematic.

"For the average Wisconsinite, assuming they get the max, $370 a week is pretty minimal," Frostman said.