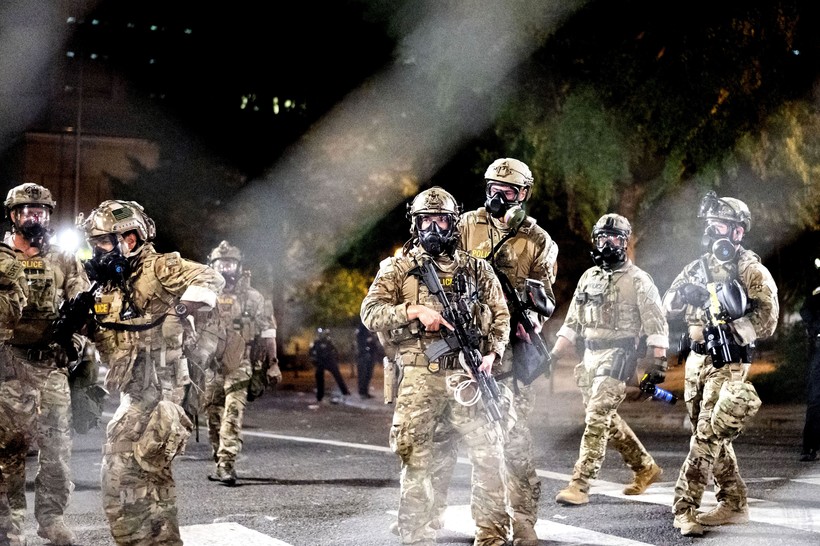 Gov. Tony Evers said Thursday he doesn’t support the Trump administration sending federal agents to Milwaukee to assist local law enforcement — something the White House said Wednesday it plans to do within the next three weeks.

Federal agents have already been deployed — or are soon to be deployed — to Chicago, Kansas City and Albuquerque. The White House says their missions are focused on combating violent crime.

Federal agents in camouflage uniforms have already been clashing with protesters in Portland, Oregon since last week.

Speaking on a call with reporters on Thursday, the governor said he doesn’t support agents coming to Milwaukee because he believes it will escalate tensions between protesters and police.

"I have full faith and trust not only in the people of Wisconsin but also the folks that serve in our police forces, whether it’s at the county or the local level," Evers said. "Amping up the federal presence will, I believe, create more turmoil and less successful approaches to making sure that people have a chance to express their First Amendment rights while doing it safely."

Evers said he sent a letter to President Donald Trump on Wednesday to express his concerns.

"First question (for the federal government) is, why are you coming?" Crowley said at a press conference. "We have not requested (federal agents) to come. I think it would be harmful. More of an escalator. We have seen them in Portland. We have been able to talk and have conversations locally and when you have seen protests in Milwaukee County they have been extremely peaceful."

At a press conference on Wednesday, Trump said the federal agents are a response to local governments considering cutting police budgets in response to Black Lives Matter protests, saying that "what cities are doing is absolute insanity."

A spokesperson for Milwaukee Mayor Tom Barrett didn't immediately respond to a request for comment.