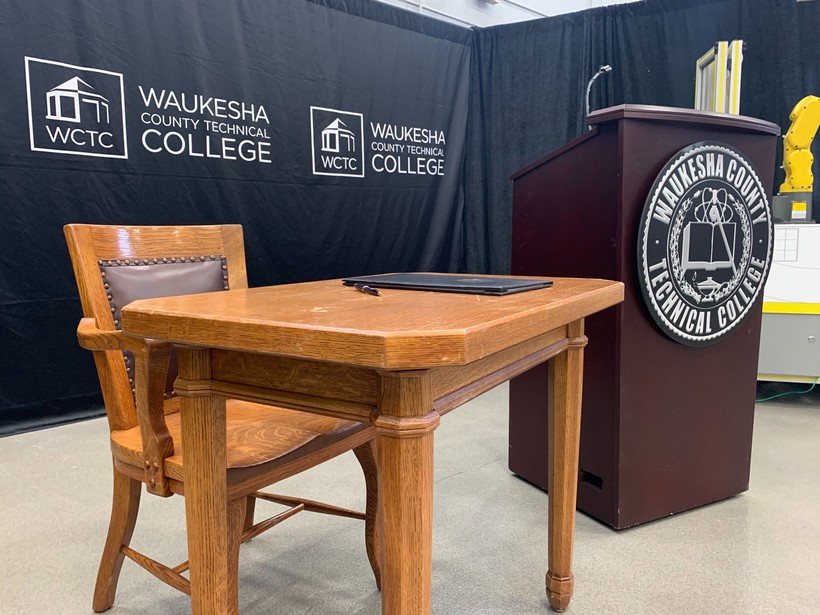 Evers, along with state Department of Financial Institutions Secretary Kathy Blumenfeld, who will chair the task force, announced Wednesday that the task force will assess the causes of student debt, provide long-term strategies to reduce education-related debt, find ways to prevent abusive practices by loan companies and improve loan education.

Evers mentioned the creation of the task force during his second State of the State address last week.

"We have to work on making higher education available to more folks in our state. We have to understand how education-related debt affects not just our students, but their families, too," Evers said during his address.

At the press conference Wednesday at the Waukesha County Technical College in Pewaukee, Evers and Blumenfeld said student debt in the state is preventing people from accomplishing life goals like starting a business, buying a car, saving for retirement, and starting a family.

Evers said crippling student loan debt is also holding back the state and the economy.

Harris is a Milwaukee native who has two degrees. She said she struggled to pay her student loans while raising her two small kids and paying for her divorce. She missed two minimum $25 loan payments during her divorce and her minimum payments went up to more than $1,000, she said.

"I did have to make some very difficult decisions over the past few years," Harris said. "I had to choose whether I would keep my car or move from my home."

Blumenfeld said that while talking to students in La Crosse, Wausau, Green Bay, and Milwaukee, she learned students were confused on how different repayment plans work and how to refinance a loan.

"Countless attendees told us they don’t know who to turn to for trusted advice," Blumenfeld explained. "Deciding how much debt to take on to go to college is perhaps the first serious financial decision that a lot of students make."

According to the Institute of College Access and Success, 64 percent of the class of 2018 in Wisconsin graduated with student loan debt over $30,000.

Nationally there are more than 45 million students who owe approximately $1.6 trillion, Blumenfeld said.

"Student debt isn’t going to go away anytime soon," Evers said. "But this task force will be a meaningful fist step in addressing the crisis in our state, bolstering our economy, and building a state that works for everyone."