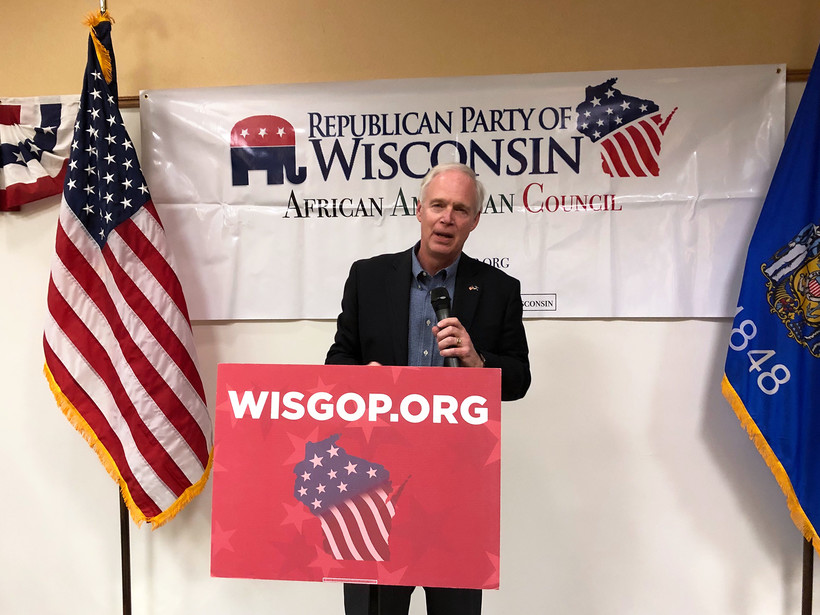 Republican U.S. Sen. Ron Johnson speaks at the opening of the first GOP office in Milwaukee on Feb. 6, 2020. The office is located in the city's Bronzeville neighborhood, just north of downtown. Corrinne Hess/WPR

The Republican Party of Wisconsin opened its first field office in Milwaukee on Thursday. The GOP choose a location in a predominately black neighborhood of the city, signifying not only Milwaukee's importance in the upcoming presidential election, but also the party’s desire to reach African American voters.

The GOP is planning between six and nine field offices across the state. Andrew Hitt, chair of the Republican Party of Wisconsin, said the Milwaukee office has been in the works since last spring.

"This is about becoming part of the community, because if we don't meet people where they are, we have no chance of winning their vote," Hitt said. "This is a long-term play for us."

Hitt said he’s hoping to keep the office open after the 2020 election.

Milwaukee County has traditionally voted for Democrats. In the 2016 presidential election, President Donald Trump received 29 percent of the vote in the county, according to Politico. According to U.S. Census estimates, turn out among black voters in 2016 was down 7 percent nationally compared with 2012.

But in Wisconsin, that drop-off was 20 percent, according to a study by liberal advocacy group, the Center for American Progress.

"Especially with what Trump is doing for the Hispanic and African American communities," Hanna said. "I hope they're seeing we want to get involved with this office. Not sitting on the outside and saying, 'We’re here, now vote for us.'"

Chris Lawrence, an African American, is the vice chair of the Republican Party of Milwaukee County. Lawrence’s children go to St. Marcus Lutheran School, which is part of the state's school choice program. He said once other African Americans realize what the party stands for, he believes they will consider voting Republican.

"Our numbers are so low with African Americans, we can only go up if we show up," Lawrence said. "We’ve never even had a presence here, at least in my lifetime. People probably don’t even know we stand for school choice. We stand for criminal justice reform. We stand for lower taxes." 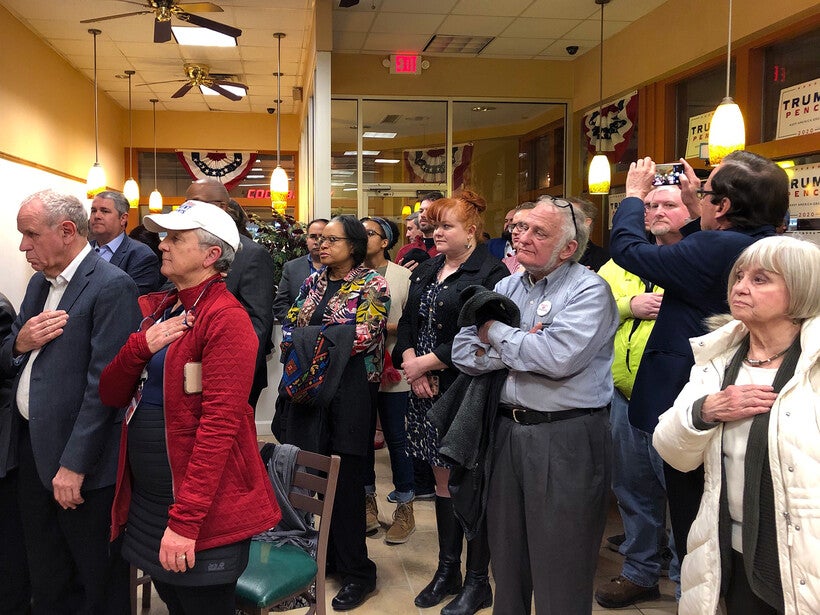 About 75 people attended the opening of the first GOP office in Milwaukee on Thursday, Feb. 6, 2020. Corrinne Hess/WPR

The opening of the GOP office Thursday night drew a diverse crowd of about 75 people, including many elected officials.

Republican U.S. Sen. Ron Johnson said Republicans are hoping to get more votes in Milwaukee, but they're also hoping to see the city succeed.

"We're showing up in a very genuine and sincere effort asking people to just listen to us, to just consider a different approach," Johnson said. "We believe our party has the formula for success and that’s why we’re here."

Hitt said opening the GOP office didn’t have anything to do with the upcoming Democratic National Convention which runs from July 13-16. Hitt did say the Republican office will likely plan some festivities of their own while Democrats are in town.

"We haven’t planned that out yet," Hitt said. "We’re going to be activity here, not just during the DNC but for years to come."

Philip Shulman, a spokesman for the Democratic Party of Wisconsin, said Milwaukee voters won't be fooled by the "antics of Trump or Wisconsin Republicans after years of their bullying and disregard for this community."

"On top of building his candidacy around the false conspiracy theory that our first Black president wasn't a U.S. citizen and scapegoating people of color at every turn, Donald Trump has broken his promises to lower prescription drug and health care costs, raise wages, or pass meaningful common sense gun safety reform," Shulman said. "If (the Wisconsin GOP) wants to light a pile of money on fire by foolishly trying to trick Milwaukee area voters, that’s their decision."