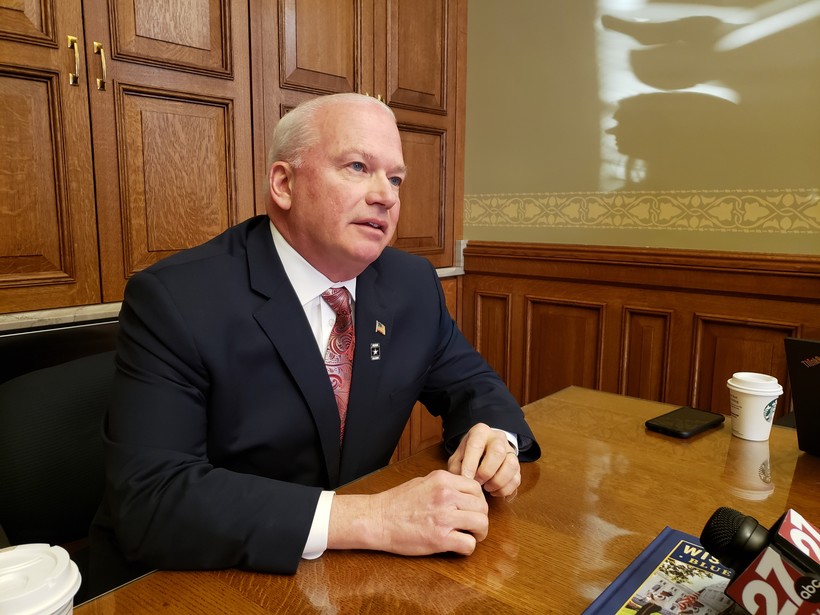 The leader of the Wisconsin state Senate says GOP lawmakers are ready to vote on overriding Gov. Tony Evers’ new statewide mask mandate, but the fate of an override in the state Assembly remains unclear.

"The Governor has caved to the pressure of liberal groups on this. How can we trust that he won’t cave again and stop schools that choose in-person instruction this fall?" Fitzgerald said in a prepared statement. "There are bigger issues at play here, and my caucus members stand ready to fight back."

Fitzgerald and other Republicans have said for weeks they oppose a statewide mask mandate. They argue restrictions of people and businesses during the COVID-19 pandemic should be handled by local officials, rather than state government.

The state Legislature could override the governor’s emergency declaration and mask mandate with a simple majority vote in both chambers. Republicans hold a 19-13 majority in the Senate and a 63-36 majority in the Assembly.

Assembly Speaker Robin Vos, R-Rochester, didn’t immediately respond to a request for comment about the override’s prospects in his chamber.

The governor’s statewide mask mandate, issued Thursday, requires people 5 years old and older to wear masks in indoor and "enclosed" public spaces in Wisconsin, beginning tomorrow. The order is set to be in effect until Sept. 28.

There is also a possibility the order could be challenged in court. A conservative advocacy group has said its lawyers are reviewing the governor’s action.

In a statement Thursday, Fitzgerald alluded to a belief that some local law enforcement officials across Wisconsin may not enforce the mask order, as they chose not to enforce the Evers administration’s stay-at-home order earlier this year.

The senator’s prediction came to pass Friday, when more than a dozen sheriffs across the state announced they won’t penalize people for not wearing masks. The penalty would be a fine of up to $200 for individual’s noncompliance.

"Wear a mask if you want, if you don’t want to, that is fine also," Florence County Sheriff Dan Miller said in a Facebook post. "The Sheriff’s Office is not the mask police. We will be out looking for real criminals."

In another Facebook post on Friday, Langlade County Sheriff Mark Westen said his office had consulted with other local officials and concluded "the goal of this (mask) order is compliance and education and is not meant to be punitive."

"We understand that the mask mandate is a very polarizing topic," the post said. "We hope that all citizens and visitors in Langlade County remain respectful to those who choose to wear or not wear a mask."

Several of those counties said they don’t have the resources to enforce the order and that they believe it to be a public health issue, not a law enforcement issue.