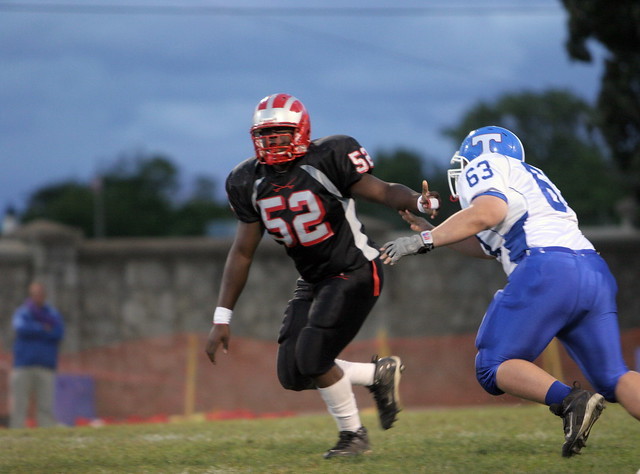 An official from the Wisconsin Interscholastic Athletic Association says efforts to change the organization’s restrictions for transfer students in light of the COVID-19 pandemic would hurt the majority of students who have remained at their school regardless of pandemic policies.

Students who change schools because their parents moved are exempt from the policy. State lawmakers wanted to expand that exemption to include students who transferred because their original school switched to virtual instruction due to COVID-19.

In an interview with WPR’s "The Morning Show," state Sen. John Jagler, R-Watertown, said he was "extremely frustrated" that Gov. Tony Evers vetoed the bill, which Jagler authored.

"It’s very disappointing because you're gonna have a lot of kids who probably don't even realize it yet, that they're not gonna be able to play football or play basketball this winter because of this transfer rule, when they were just trying to improve their education, get to an environment, get to a teacher that fit them," Jagler said.

Jagler said he became aware of the issue when a student from Oconomowoc found out this summer that he is ineligible to play football for his new school because of the transfer restriction. Jagler said the student transferred last year when his original school switched to all-virtual instruction.

Jagler said he tried to appeal to the WIAA to change the policy before pursuing legislative action that would have banned schools from being members of the association unless it altered the policy.

But WIAA Deputy Director Wade Labecki said his organization has the rule for a reason.

In a separate interview with WPR’s "The Morning Show," Labecki said the proposed policy change does not consider how a transferring student may displace the students already playing at a school.

"If a student transfers into a school, they're going to take somebody else's spot, and we always have to remember those kids as well and those constituents," Labecki said.

He said every student who plays WIAA sports is notified of the transfer policy and families are often reminded by the athletic directors at their previous and new schools.

Labecki said transfer students can also request a waiver from the policy through their new school if "extenuating circumstances" forced them to transfer. He said the student who Jagler is referring to has not asked WIAA for a waiver.

"That student athlete and their family have not completed that process with our office," Labecki said. "They've talked to the school and the school has to request a waiver, which they have not done at this point."

Labecki estimates that only around two dozen kids in the state transferred schools during the pandemic and are now ineligible to play for their new school. He said the rule does not apply to incoming freshmen, while sophomores and juniors are only ineligible for varsity teams.

Labecki said WIAA has decided students who return to their previous schools will be immediately eligible to play. And the association’s Board of Control plans to consider other pandemic-related changes at their meeting Aug. 13.

"We have some situations that we're going to discuss and see if there's more accommodations due to COVID that might be available," Labecki said.