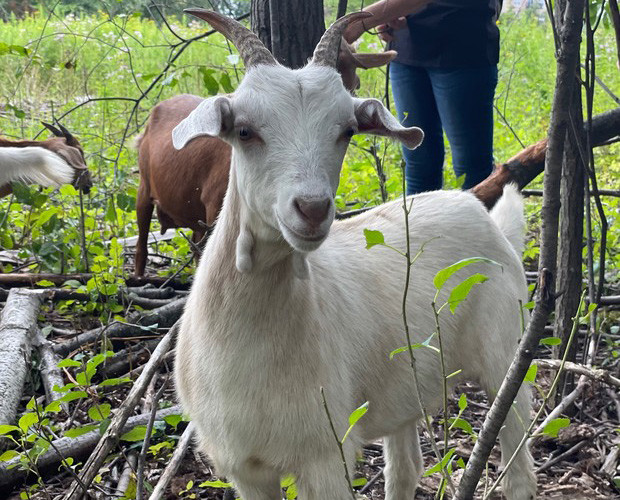 A team of 39 goats from Almond's Liberation Farmers are at work clearing invasive species from Wausau's Barker-Stewart Island. Rob Mentzer/WPR

At 'Goatapalooza,' Families Get A Look At Goats Working To Clear Invasive Species

Wausau Is The Latest Wisconsin City To Employ Goats For Parks Help
By Rob Mentzer
Share:

The goats are on the loose on Wausau's Barker-Stewart Island, and for one evening, the public was invited to come and see them at work.

The city hired a team of goats from Liberation Farmers in Almond to clear out invasive species from the island just off downtown, which has biking and walking trails. The "Goatapalooza" event Thursday featured a scavenger hunt, goat cheese samples and goat yoga.

But the chance to pet the goats was the main attraction.

There are 39 goats on the island, chomping away at buckthorn, honeysuckle and garlic mustard — species that don’t belong in Wisconsin, and which can form dense patches that deplete the soil of vital nutrients and steal light from native species. The area has been fenced off with no public access for the first two weeks of their work, but on Thursday families and kids got a chance to feed and interact with them. 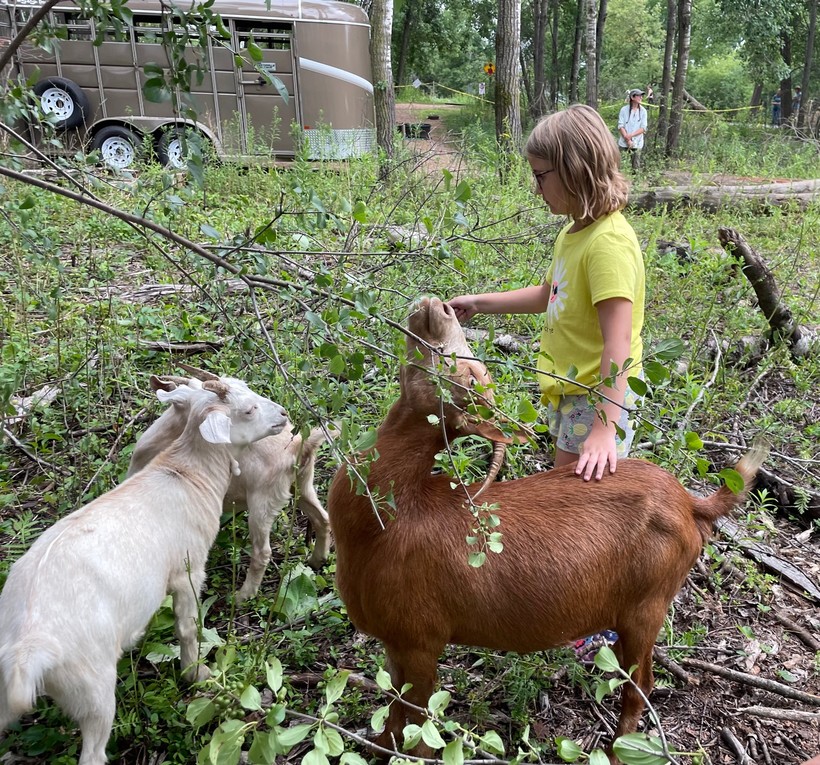 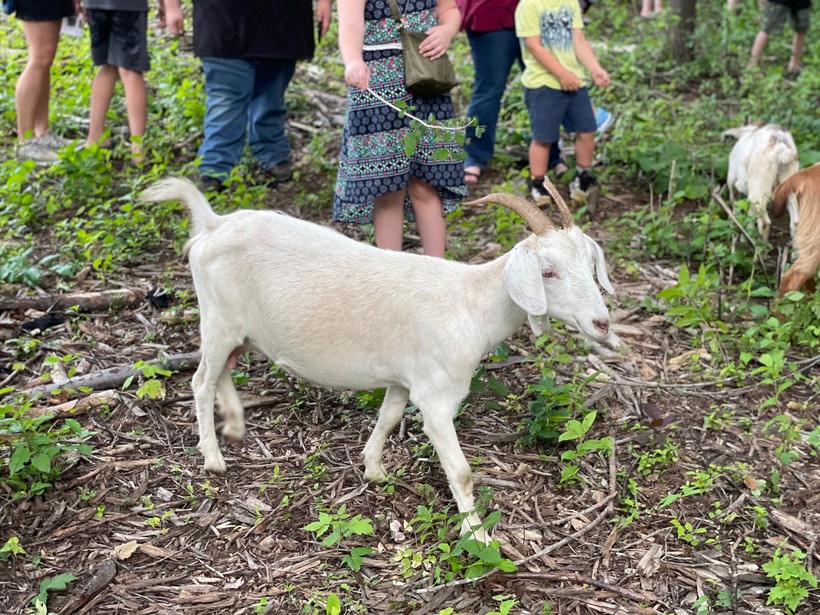 Public access to the goats is limited, but the "Goatapalooza" event gave families a chance to interact with them. Rob Mentzer/WPR

Indigo was on hand to help kids like Madison and Raelynn Bergeson, ages 8 and 3, respectively, interact with the goats. Madison said the goats were "pretty cool"; Raelynn's favorite was the black one.

The goats' favorite snack is the honeysuckle, which they ate first during the first two weeks on the island. In the next week, Wausau Parks director Jamie Polley said, they'll go after the buckthorn.

"They're not going to get every piece of honeysuckle and buckthorn," Polley said. "But we took some before pictures, and we’ll compare those to the after pictures and hopefully we can see their removal."

It's the first time Wausau has employed goats, but it's a genuine trend across Wisconsin. Madison hired a team in 2020, and Vernon County used them in 2019. A Green County woman's business, The Green Goats, has been renting out a team of goats for nearly a decade and a half. They helped clear land at a Beloit power plant in 2018.

Goats are good at the job.

They're not picky eaters — they’ll go after any woody vegetation, which means they naturally clear out invasive species that have spread out of control. And they're efficient. In Wausau, they came to the island about two weeks ago, and they'll be here for about two more weeks. The goats stay on the island. If it's cold or raining, Indigo said, they'll just cram themselves back into the trailer they came in to stay warm.

This year's program on Barker-Stewart Island is an experiment, Polley said. If Wausau sees good results, the city may expand its use of goats in the future.