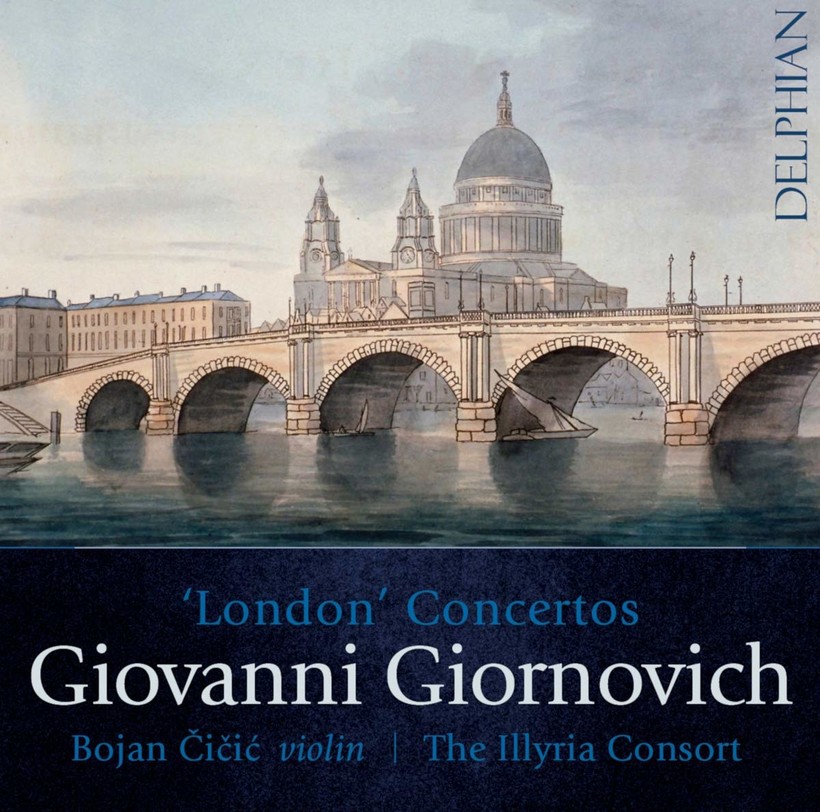 Giovanni Giornovich – or is it Ivan Jarnovic, or the Russian or French version?

The composer in question was born at sea near Croatia and baptized in Italy. He gave himself many alternate names and pronunciations, possibly to help his itinerant career.

Giornovich was born in 1747 and became a virtuoso violinist who played at court in Paris. He also lived in England, played with Mozart in Vienna, and spent time in St Petersburg working for Catherine the Great. Giornovich is the featured composer on this week's new release, and two of the three concertos on the recording were influenced by Giornovich's time in Russia, incorporating Russian folk tunes.

Violinist Čičić is Croatian; he grew up with Giornovich's music, which was familiar in what was then Yugoslavia, but not much outside of that region. It's lovely to unearth new musical gems, and Čičić shares some sparkling ones on this recording.