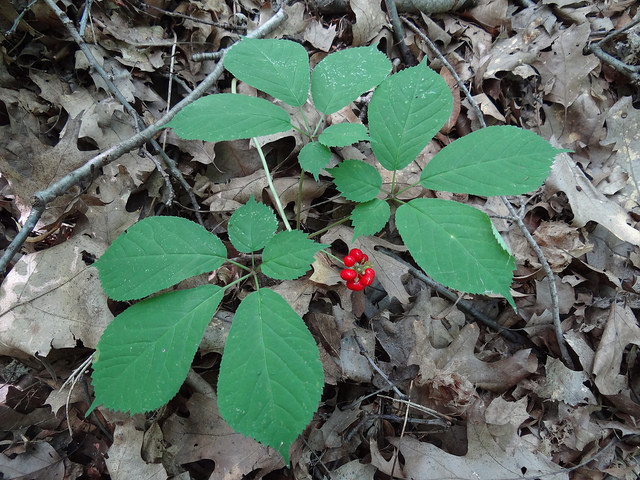 Wisconsin conservation wardens are seeing an increse in the number of people illegally harvesting and selling wild ginseng root. The "root robbers" that wardens are arresting include both heroin and methamphetamine addicts.

It is legal to harvest the wild ginseng that grows in forested areas across the state. However, you have to buy a state gathering license to do so, and you can only harvest mature plants between September 1 and November 1. To harvest it on private land you must have the landowner's permission.

According to La Crosse county warden Edward McCann, Korean and Chinese buyers will pay top dollar for the wild root. In Asia, tea made ginseng extract is believed to be an aphrodisiac as well as a general health tonic. Ginseng buyers need a state license, but McCann says there is a lucrative black market. "We came across an individual as part of an investigation that sold one Ginseng root that was worth a thousand dollars, one plant, one actual root. We have now backtracked that root to the original source, and that ginseng root was sold in Wisconsin to a dealer in Wisconsin illegally."

McCann says that kind of quick and easy money is attractive to drug addicts who need a quick fix. "We know that for a fact from several individuals that have told us that they will go out and harvest ginseng, and they do admit they have a drug habit. And, they will drive to the nearest ginseng dealer sell it immediately, and turn around and buy heroin or methamphetamine or whatever it is they need that's sort of the clientele we end up dealing with in the woods."

McCann says there are aggressive ginseng enforcement efforts underway both in the La Crosse area and in North Eastern Wisconsin where illegal harvesting in the Nicolet National forest has recently become a problem.