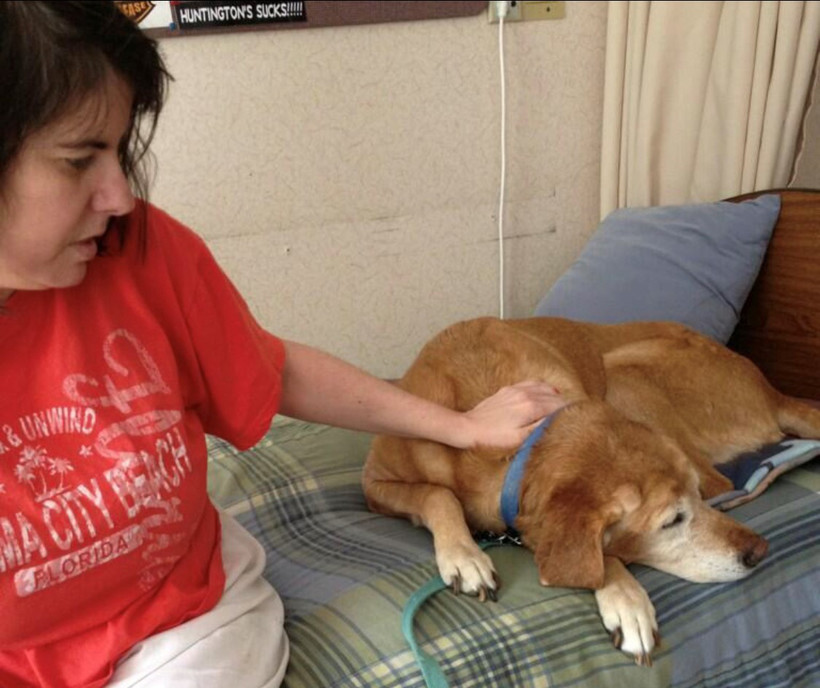 Kelly Kobriger visits her mom, Mary Strong, in a nursing home, with the family dog, Bailey. "I love this photo of her especially because she was such a dog lover," Kobriger said. Strong died in 2015 from complications due to Huntington's disease. Photo courtesy of Kelly Kobriger

Neurodegenerative Disease Has An Average Onset Age of 39
By Elizabeth Dohms-Harter
Share:

Kelly Kobriger was about 11 years old when she began noticing her mom's moods changing more frequently. She cried a lot and was often angry and frustrated, the now 27-year-old Kobriger recalls of her mother, Mary Strong.

Along with her moods, Strong's physical abilities began to decline, too. She had Huntington’s disease, a fatal condition about 40,000 Americans have, with another 200,000 who could inherit it. Kobriger’s mom died in 2015, preceded in death by two family members who also had Huntington’s.

"It’s a pretty traumatic thing to watch," said Kobriger, who volunteers for the Wisconsin Chapter of the Huntington’s Disease Society of America.

The average age of onset of Huntington’s disease is 39 years old, said Jane Paulsen, a research faculty member at the University of Wisconsin-Madison’s Neurology Department who is leading a study to determine if the disease can be prevented or delayed. Paulsen said she has seen cases of Huntington’s in people as young as 2 and as old as 82. 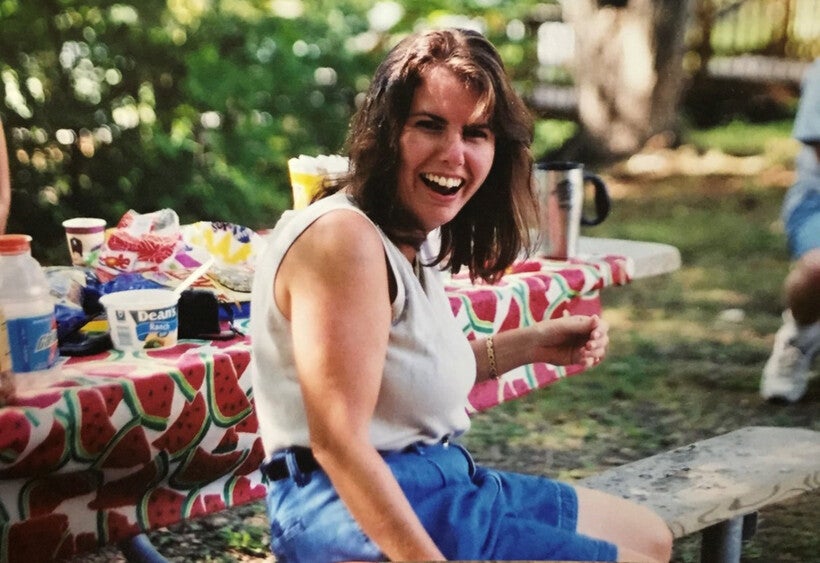 She said her research aims to find ways to at least delay the onset of Huntington’s, if there’s no way to cure or prevent it.

The degenerative disease is caused by a defective gene on chromosome 4 in the human genome. Humans have 23 chromosome pairs in every cell in their bodies that carry their genetic code. Every person gets a copy of each gene from each parent, including a Huntington gene. Those with the mutation of the gene manifest the disease.

Huntington's shares some characteristics with Alzheimer’s disease, such as cognitive and thinking changes, and it’s like Parkinson’s disease in the way it affects the body’s movement. There also are mental health components to the disease, such as anxiety and depression.

Because there is no cure for Huntington’s, and the only treatments available are for symptoms of the disease, Paulsen said her research focuses on gene modifications that would slow or delay its progression. Currently, there are three types of gene therapies underway in humans to accomplish this, Paulsen said.

The first therapy dampens, or deadens, the entire Huntington’s gene, which provides a roadmap for how to make the Huntington protein. It’s not clear what exactly the protein is used for, but it’s found mostly in the brain and scientists believe it is crucial to nerve cells.

The second therapy dampens only the part of the gene that is mutated, leaving the rest of the gene alone to continue replicating and functioning normally.

Paulsen said these two methods are done with infusions that go up the spinal cord.

The last option is the newest and requires someone to undergo brain surgery to change their DNA. So far, this has only been done in two patients, Paulsen said.

All of these treatment methods are underway, and Paulsen said the hope is that if people can be treated before they get sick, there's a chance Huntington's disease will be delayed until later in their lives. 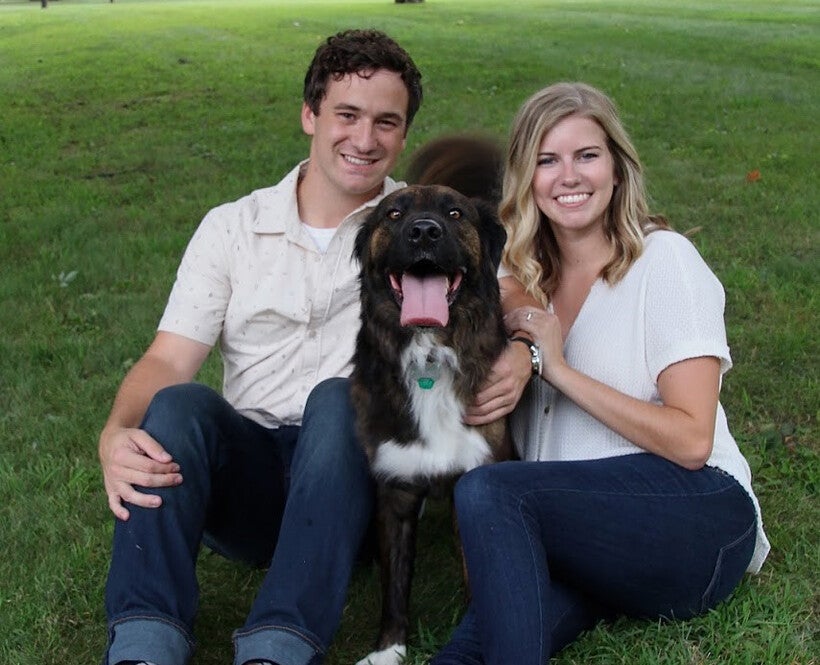 Kelly Kobriger, right, with her husband, Jared Kobriger, left, and rescue dog Finley. "It's the greatest gift of all to be told I'm a spitting image of my mother," she said of Mary Strong, who died in 2015 from Huntington's disease. Photo courtesy of Kelly Kobriger

Testing for the Huntington’s disease gene is a possibility for people who might have it, but some like Kobriger choose not to move forward with that option.

"I don’t really want to live with that information hanging over my head," she said. She's made the decision to live her life as she has been, whether she has the defective gene or not. "That’s kind of what’s been getting me through."

Kobriger, who married in 2019, said she and her husband have decided not to have children at this time. 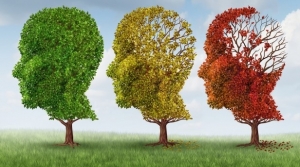 For decades, medical experts have been unable to meaningfully treat Huntington’s Disease — a fatal genetic disease that causes nerve cells in the brain to break down. A UW-Madison researcher could help change that. We learn about her work, and hear about a Wisconsin family’s struggle with the disease.