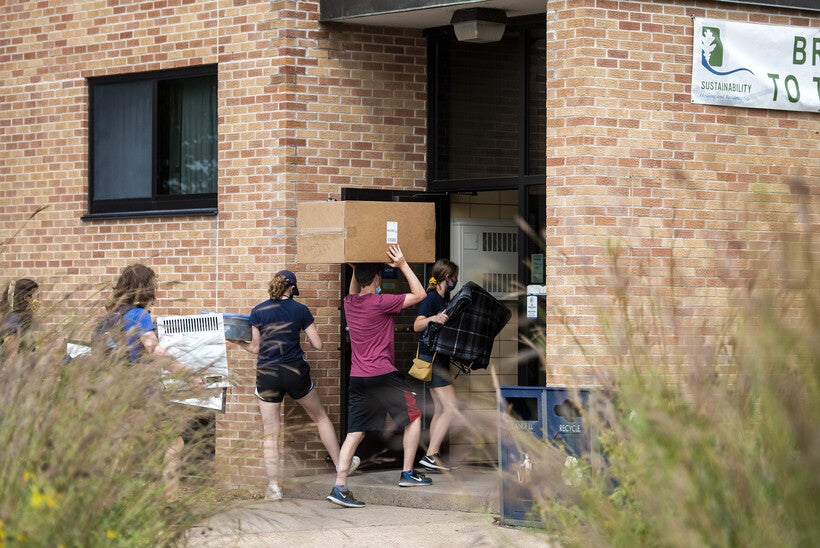 2022 fall semester starts while questions and opinions swirl about a plan to cancel up to $20K in debt for some borrowers
By Rich Kremer
Share: 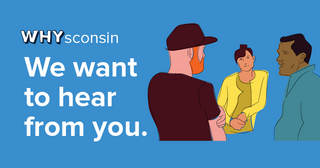 As thousands of freshmen continue to arrive at college campuses across Wisconsin, borrowers are pondering how a plan to forgive up to $20,000 in federal student debt may impact them.

Jennifer McMannamy is a single mother living in Elkhorn and graduated from the University of Wisconsin-Stevens Point with a biology degree in 2005.

McMannamy was one of several people who reached out to Wisconsin Public Radio's WHYsconsin to share their thoughts and questions about President Joe Biden's student loan proposal. Biden wants to cancel up to $10,000 in student loan debt for borrowers making less than $125,000 per year and couples making less than $250,000 per year. Pell Grant recipients who meet those same income requirements qualify for up to $20,000 in forgiveness.

Within the past six months, McMannamy sold her home and used part of the profits to pay off the last $8,000 of her original $30,000 student loan debt, she said.

"Now I'm trying to save for building a house," McMannamy said. "So, I'm kind of frustrated because I could have had $8,000 more to put in the house."

She said six months ago, she would have been all for Biden's debt forgiveness plan.

"Now I understand the perspective of people who paid off their loans and are frustrated," McMannamy said. "Like, 'Oh, well, what do I get for being rewarded for paying off my loans on time?'"

After graduation, McMannamy said she used her biology degree while working with the Pacific Whale Foundation in Maui, Hawaii, and then at a blood center in Appleton.

When she got married and had a family, she became a stay-at-home mom while her then-husband made payments on her student loans. McMannamy said when her kids were old enough to go to elementary school full-time, she began looking for jobs that would work with her parenting schedule. She worked at a local library and then as an EMT. Today, she's a print shop coordinator for Walworth County.

While she's not using her biology degree, she said college was worth it, and she had a great experience.

As her kids get older and the labor market grows stronger, McMannamy wonders if a four-year degree is the right path for them — even if she'd like her children to have the same college experience.

"Is it smart for them to go to college because they could just go to a community college and learn a trade and be completely satisfied doing something like that?" she said.

Dominic Maretti graduated from UW-La Crosse at the beginning of the COVID-19 pandemic in 2020. He said he has around $60,000 in student loans left and having up to a third of that debt wiped out would reduce his future payments by more than $100 per month.

Maretti now works in information technology in Winona, Minnesota. While the job isn't directly tied to his political science major, he said his degree definitely helped him get the position. Maretti said he enjoyed college and it was worth the investment.

He's concerned Biden's student debt "lifeline" will be challenged by Republicans in court.

"With it being more (of) an executive order and not something through Congress, it might have a chance of being not put into place," said Maretti. "And that would kind of be a huge financial strain and kind of push back my future plans of homeownership."

Lawsuits seeking to overturn the Biden administration's plan haven't been filed, but an article from the Washington Post published Thursday says Republicans are strategizing on how to do just that.

Maretti said despite his concerns, he's glad Biden followed through with his 2020 campaign promise to forgive some student debt. And without GOP support, he said working unilaterally was the best Biden could do.

"I definitely want the whole system kind of revamped to help future student loan borrowers with it," said Maretti. "I don't want it to just be a one-time thing and done."

WPR talked to multiple freshmen moving into UW System colleges in Menomonie and Eau Claire. Overall, they were supportive of the president's student debt announcement, even though it's unclear whether they'll qualify for the cancellations.

Avery DeRuyter of Sycamore, Illinois, moved into a UW-Eau Claire dorm earlier this week. She's pursuing a biochemistry major and a Spanish minor.

"I want to do medical research, specifically for cancer," DeRuyter said.

She took out federal student loans for her first semester and her parents are helping pay for college.

"They've been saving since I was little to put me through school because my dad never went to school," DeRuyter said. "And it was always a dream of his for me to have that opportunity that he didn't."

While she's unsure if any portion of her loans will be forgiven, DeRuyter said she supports any effort to reduce student debt.

"My mom still is paying her student loans off, and she is well out of college now," DeRuyter said. "And I think that college needs to be accessible to anybody, because I think knowledge is power. And the more people that are educated, it just helps everybody in our society."

At UW-Stout, Nina Kitts of Farmington, Minnesota, said she's most excited about branching out on her own after being an introvert for most of her life in a small, rural town.

"So, changing up my routine and going to live in a dorm instead of where I've lived my entire life, it's just going to be great for my social life," Kitts said. "And with actual schooling, I'm going into school to be a video production major, and in my last school we didn't have a whole lot of opportunities with that."

Kitts said she didn't know enough about Biden's loan forgiveness plan to comment. She said her parents will be helping with costs during college, but she's also taking out student loans.

"I'm just going to have to work maybe one, maybe two jobs to help keep up with it, because my parents are sort of the kind that (expect) I've got to pay it back," Kitts said.