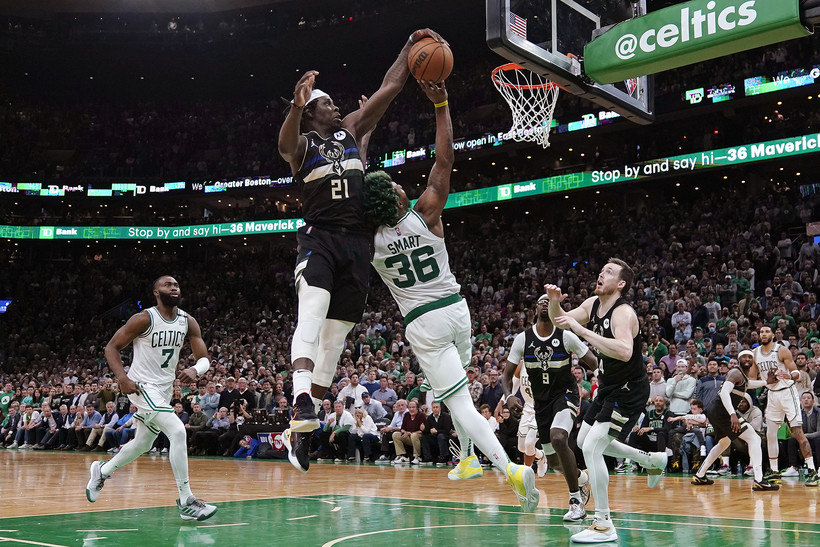 Milwaukee Bucks guard Jrue Holiday (21) blocks a shot by Boston Celtics guard Marcus Smart (36) in the final seconds of play during the second half of Game 5 of an Eastern Conference semifinal in the NBA basketball playoffs, Wednesday, May 11, 2022, in Boston. The Bucks won 110-107. Charles Krupa/AP Photo

Fresh off thrilling comeback, Bucks hope to close out Celtics series without much more drama

Milwaukee could clinch series with a win at home Friday night
By Brady Carlson
Share:

As the Milwaukee Bucks pursued their first NBA title in a half century, fans chanted "Bucks in Six."

Tonight, they could win another playoff series in six games — if they can beat the Boston Celtics at the Fiserv Forum. 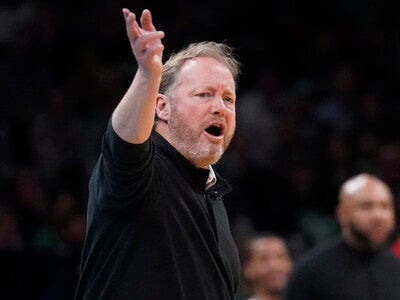 Milwaukee Bucks head coach Mike Budenholzer calls to his players while playing the Boston Celtics during the first half of Game 5 of an Eastern Conference semifinal in the NBA basketball playoffs, Wednesday, May 11, 2022, in Boston. Charles Krupa/AP Photo

Head coach Mike Budenholzer said Wednesday night that his players deserve credit for stepping up their offense and defense in the home stretch.

The Bucks are looking to build off the momentum of their dramatic win in Game 5, erasing a double-digit Celtics lead with a late-game comeback, winning 110-107.

"It takes a little bit of everything to flip a 13 or 14-point game," he said, "so we've got to try and not put ourselves in that position, play our best."

Giannis Antetokounmpo had 40 points and 11 rebounds in Game 5.

Jrue Holiday finished with 24 points, eight rebounds and eight assists. He made two key defensive plays, a block and a steal, in the final 10 seconds to protect the Bucks' lead.

Every angle is insane. 😳 pic.twitter.com/IHao0hDB54

The Bucks will have a large fanbase on hand as they try to win again Friday night.

In addition to those inside Fiserv Forum, the Bucks plan to host 11,000 people as part of the outdoor Deer District.