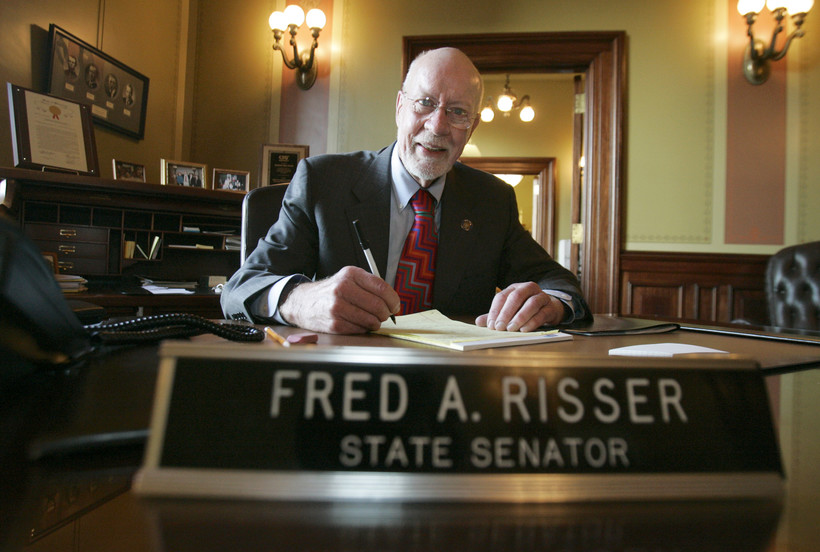 Madison State Senator Has Served In Legislature For 64 Years
By Shawn Johnson
Share:

Risser, who is 92, was first elected to the state Assembly in 1956. He was elected to the Senate in 1962. Risser leaves as the Legislature's last surviving veteran of World War II.

Over the course of his career, Risser worked with 13 governors. According to the press release from his office announcing his retirement, Risser never missed a roll call.

Risser listed his work on the state's building commission as one of his biggest accomplishments, including his oversight of the restoration of the state Capitol building. He was also the author of Wisconsin's statewide smoking ban.

Almost immediately, Risser's retirement set off a scramble among people looking to fill his seat in the center of the state's Democratic stronghold — a district that hasn't been vacant since John F. Kennedy was president.

That list of names won't include Rep. Chris Taylor, D-Madison, who was long expected to run for Risser's seat if he ever retired. Taylor made her own announcement shortly after Risser retired that she wouldn't seek election to any office in 2020.

Those looking to replace Risser include Scot Ross, the former head of the liberal group One Wisconsin Now and a 2006 candidate for secretary of state. They also include former state Rep. Kelda Roys, who ran unsuccessfully for governor in 2018 and for U.S. Congress in 2012. Both Ross and Roys confirmed Thursday that they are considering runs.

Other candidates include Nada Elmikashfi, a University of Wisconsin-Madison student, and Aisha Moe, a recent UW-Madison graduate.