4 Companies With Operations In Wisconsin Contributing $25M Each To Wisconn Valley Venture Fund
By Ximena Conde and The Associated Press
Share:

Foxconn Technology Group plans to partner with three Midwestern companies to create a $100 million fund to help technology startups around the world.

Plans call for each company to contribute $25 million to the fund. The account, dubbed the Wisconn Valley Venture Fund, will be controlled by a Milwaukee-based manager and a committee of representatives from each company.

The search for the fund manager has started but a hire isn't expected until the end of the year, according to John Schlifske, Chairman and CEO of Northwestern Mutual, a financial services company based in Milwaukee. 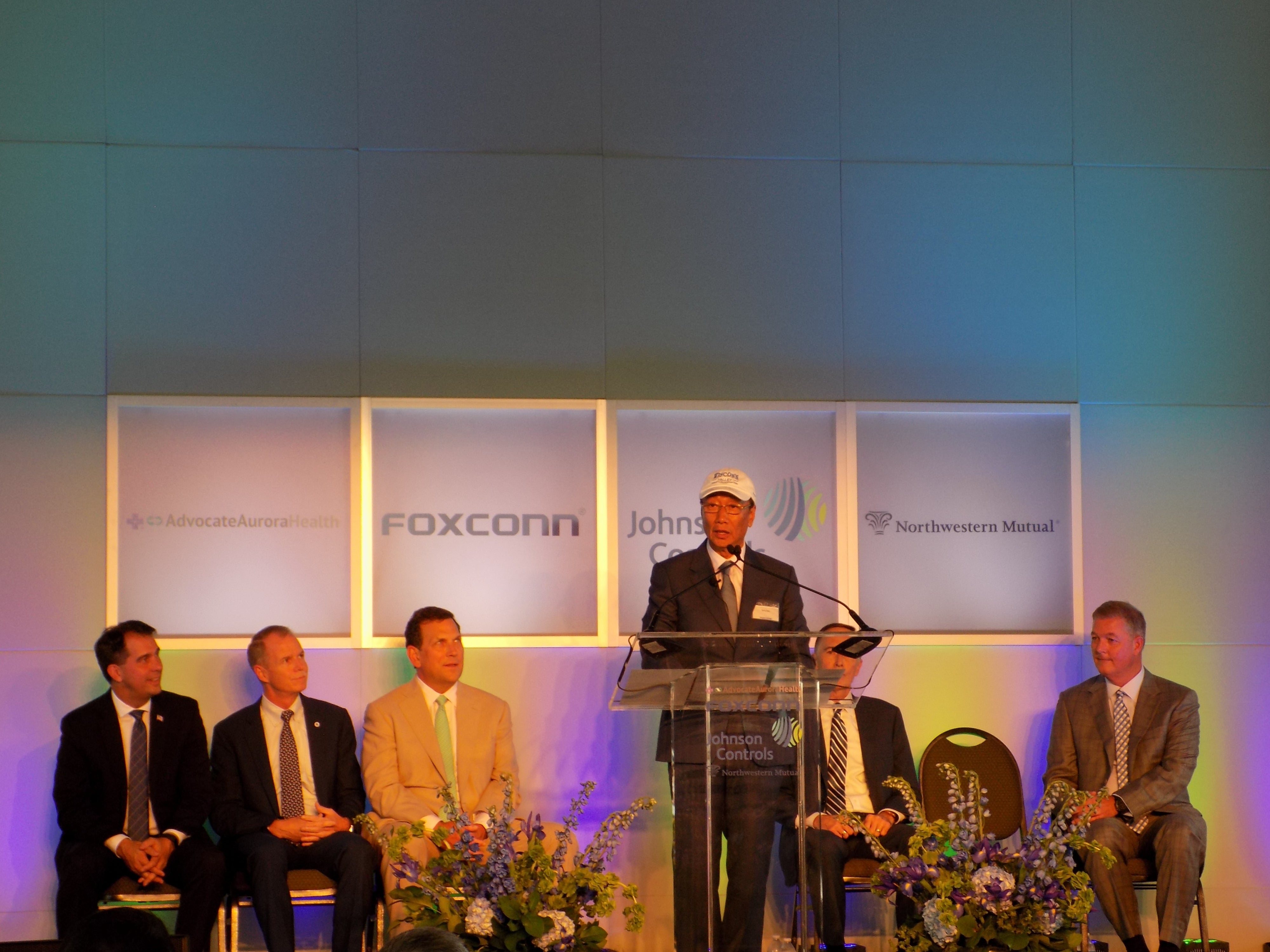 The companies announced the fund at Milwaukee’s Discovery World alongside Gov. Scott Walker, who touted the fund as another part of the so-called Foxconn Bonus.

And while the fund has no set targets in the number of Wisconsin startups it will invest in, Walker said Foxconn's presence in the state is going to retain and attract young people.

"The true Foxconn Bonus is about the inspiration to stay here, to graduate here, to go to our great technical colleges, our great UW system, our remarkable private colleges and universities, to get a degree, to get an inspiration and to say, 'I can work for Foxconn, I can work for one of these great global companies or I could start my own company here,'" Walker said.

Johnson Controls has a Milwaukee headquarters and produces a wide range of technological products for buildings, including thermostats, security systems and dampers. Advocate Aurora Health Care runs 27 hospitals throughout Wisconsin and Illinois.

Foxconn is currently building a massive flat-screen campus in Mount Pleasant. State and local incentives could top $4.5 billion for the Taiwanese electronics giant if it invests $10 billion and employs 13,000 on the campus.

On Monday, Foxconn announced it was giving the University of Wisconsin-Madison $100 million as part of a new partnership to invest in engineering and innovation research. Company officials said it was another sign of their investment in and long-term commitment to Wisconsin.