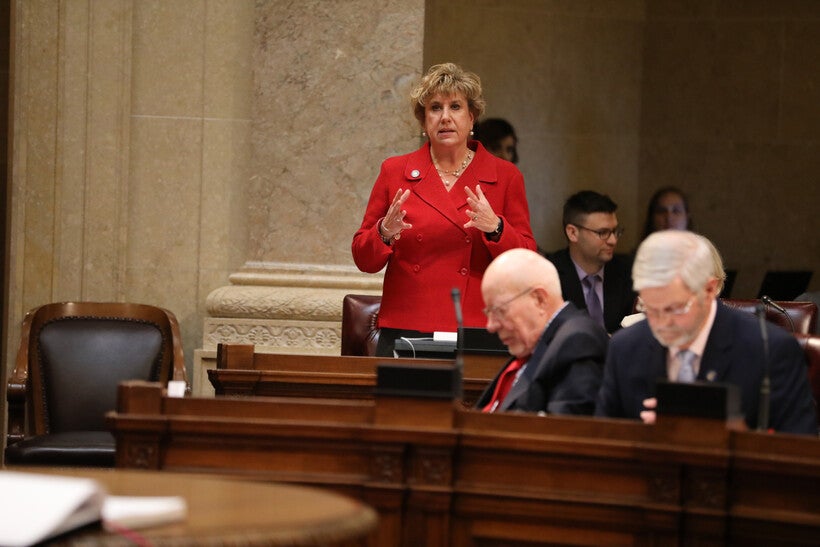 Sen. Jennifer Shilling, D-La Crosse, is seen during an extraordinary lame duck session of the Legislature was held Dec. 4-5 2018, at the Wisconsin state Capitol in Madison, Wis. Coburn Dukehart/Wisconsin Center for Investigative Journalism

Her Resignation Is Effective Immediately
By The Associated Press
Share:

She said in a statement that she wants to explore unspecified career opportunities and state law requires legislators and other public officials to resign early if a potential opportunity conflicts with government activities.

Shilling, a Democrat, announced in April she wouldn't seek re-election this fall and stepped down as minority leader later that month.

Democrat Brad Pfaff and Republican Dan Kapanke are vying to fill her seat.