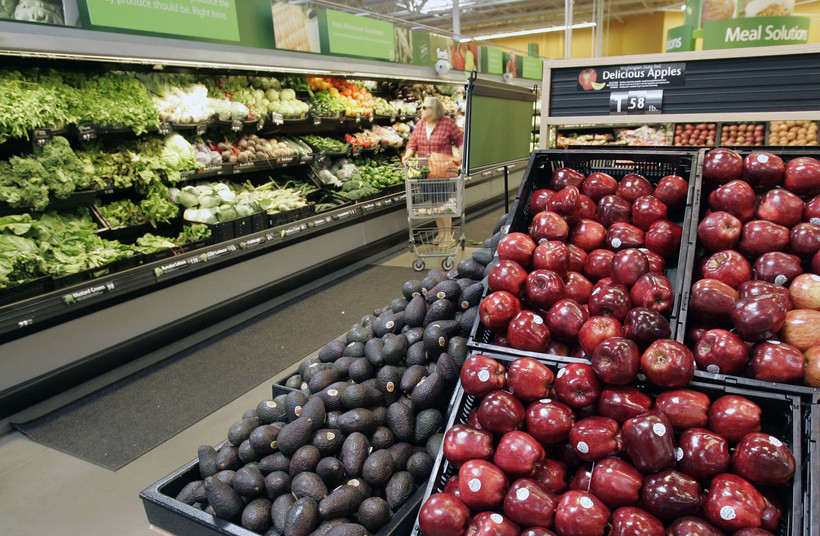 Full Impact Of SNAP Changes In Wisconsin Won't Be Known Until Summer
By Corrinne Hess
Share:

The Trump administration announced the first of three changes to food stamps, or the Supplemental Nutrition Assistance Program, earlier this month, tightening work requirements for some recipients.

But the full effect of these changes is still being assessed in Wisconsin, where six counties and several tribal regions could now lose their employment exemptions.

The new rule makes it more difficult for states to waive a requirement that able-bodied adults without children work at least 20 hours a week or else lose their benefits.

Since Oct. 1, food stamp recipients in Adams, Ashland, Bayfield, Forest, Iron and Menominee counties, and on nine reservations have been exempt because these areas have an unemployment rate higher than the national average.

Rebecca McAtee, who oversees the state’s FoodShare program, said Wisconsin will resubmit using the federal government’s new methodology to see if those regions are still exempt.

"For us, we are required to make changes based on the federal law," McAtee said. "We want to make sure we are communicating effectively and clearly what is happening, and right now, this is creating some difficulties making sure they know what is going to benefit them."

SNAP is one of the cornerstones of the country’s nutrition assistance safety net program. In Wisconsin, just more than 600,000 people per month receive SNAP benefits, McAtee said.

The median household income of SNAP recipients in Wisconsin is about $20,000, according to the U.S. Department of Agriculture.

The new rule impacts able-bodied adults between the ages of 18 and 49 without dependents. There were nearly 4 million such adults nationwide receiving food stamps in 2016, about three-quarters of whom did not work, according to the USDA.

Some estimates say the changes could save nearly $5 billion over five years, according to NPR. But anti-hunger advocates say this will affect food stamp recipients who can’t find work.

Sherrie Tussler, executive director of the Hunger Task Force, has worked with the homeless and the hungry in Milwaukee for the last 30 years. She said these cuts are frustrating because people depend on their government for assistance.

"I believe that work is important and is dignified and those who can work should work," Tussler said. "But I also believe that there are a lot of people who are working but they are also eligible because their wages are so low, that their benefits are so low, that they need to be dependent on the program. And so, I would ask people who are thinking about who these folk are, they are your neighbors, they are families, they are kids, and it’s really, difficult to get a leg up when you are destitute."

Meanwhile, Wisconsin is awaiting information on two other SNAP changes proposed by the USDA.

In July, the agency announced it wants to block states like Wisconsin from granting automatic eligibility for food stamps to people and families already qualifying for another federal benefits program called Temporary Assistance for Needy Families (TANF).

In Wisconsin, this could affect 25,000, according to the Wisconsin Department of Health Services.

The USDA is also considering changing its rule to how it calculates deductions in income for standard utility bills.

States like Wisconsin could be affected because SNAP recipients receive extra benefits because the program currently factors in additional costs like heating bills, McAtee said. That could end.

"All the rules are going to compound upon each other," McAtee said. "Until they finalize the other two rules, we don’t know what the full impact will be. We’re probably looking at this summer."

The new food stamp rules were originally part of the massive Farm Bill unveiled in spring 2018. But Congressional Democrats voted against the bill because of the cuts to the SNAP program.

The Farm Bill passed in December 2018, without any changes to the SNAP program.