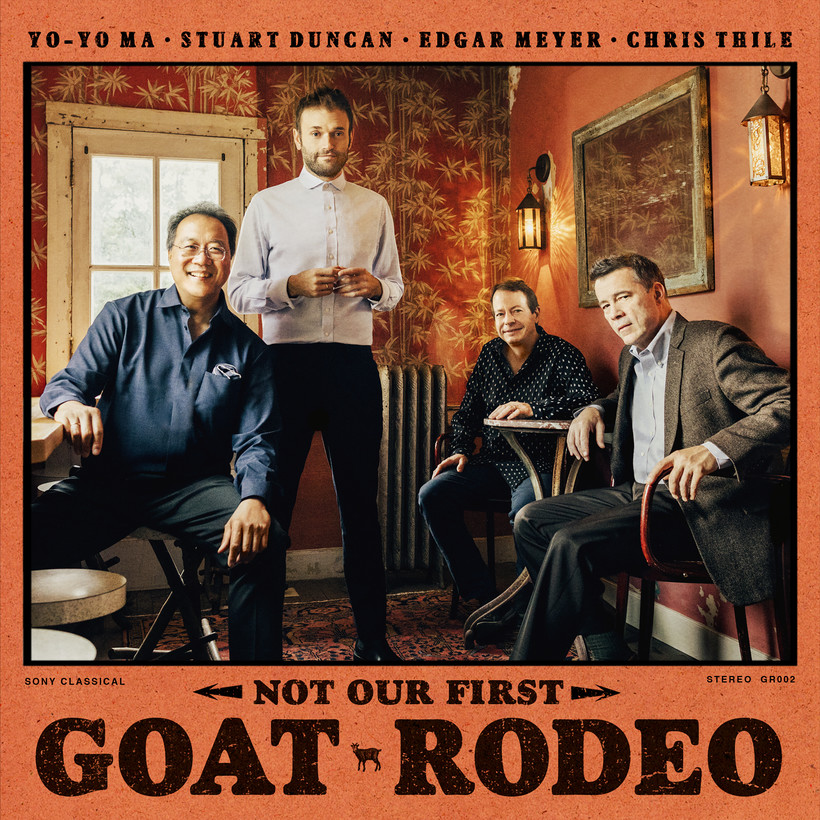 FOLLOW-UP TO THE GOAT RODEO SESSIONS 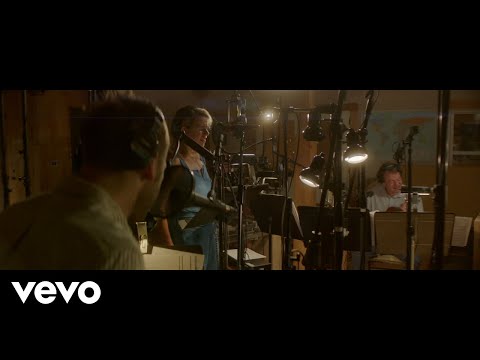 Sharing the story behind the track, Yo-Yo Ma recalls: "'The Trappings' came out of a question of aesthetics. I believe Edgar was talking about pop music, how he used to think, 'Oh, if something's too poppy, I'm not going to like it.' But that's like saying 'classical music is boring,' or that jazz, rock, rhythm-and-blues are one way, or even 'people from different countries are'... You know that as soon as you make a general statement like that, it's not true, because you can think of hundreds, thousands of exceptions. 'The Trappings' is one of those."

The highly anticipated follow-up album, Not Our First Goat Rodeo, seemed somewhat inevitable for these musicians to create. Nine years later, their organic friendships led them back to record together. Admiring their individual artistry, Yo-Yo Ma says, "What is so amazing about playing with Chris, Edgar, Stuart, and Aoife is that when I'm working with them, I'm almost not a full participant because I'm actually a fan. I'm such a big fan that I approach what they're doing with a mixture of wonder and awe at these fellow musicians whom I feel very close to, but who are doing things that are almost beyond my imagination."

Both sets of Goat Rodeo sessions combine the talents of the four solo artists, each a Grammy Award-winning talent in his own right, to create a singular sound that's part composed, part improvised, and uniquely American. The music is so complex to pull off that the group likens it to a goat rodeo — an aviation term for a situation in which 100 things need to go right to avoid disaster. Both the first album and the new recording also feature the voice and artistry of singer-songwriter and fellow Grammy Award-winner Aoife O'Donovan, who rejoins the group as a guest on Not Our First Goat Rodeo.

Not Our First Goat Rodeo builds on 2011's genre-defying The Goat Rodeo Sessions, which debuted at No. 1 on Billboard's Classical, Classical Crossover, and Bluegrass charts and remained at No. 1 for 11 weeks on the Bluegrass chart. Marking Yo-Yo Ma's highest debut on the Billboard Top 200 albums chart, the release went on to break into the chart's top 20 albums, where it peaked at No. 18.  NPR's World Cafe called the album, which received GRAMMY Awards for Best Folk Album and Best Engineered Album, Non-Classical, "organic yet composed in a way that only four deeply talented, in-tune musicians could make it," with traces of, "Appalachia[n], Chinese, classical, Celtic, and jazz influences. If there was ever an album — or an unlikely band — that embodies the word 'eclectic,' this is it."

The Los Angeles Times has described the collaboration as "unlikely musicians on unlikely instruments … part blues, part bluegrass and a smidgen of Bach." The four musicians come from diverse backgrounds: Yo-Yo Ma (cello), a classical cellist known for his cross-genre collaborations and deep belief in culture's essential role in society; Stuart Duncan (fiddle, banjo), a multi-instrument bluegrass virtuoso who has played with artists from Dolly Parton to George Strait; Edgar Meyer (bass), a double bassist and composer who has written for musicians from Béla Fleck and Zakir Hussain to Emanuel Ax and Hilary Hahn; and Chris Thile (mandolin, fiddle, guitar, vocals), the mandolinist wunderkind who fronts bands such as Nickel Creek and Punch Brothers and hosts public radio's Live from Here. Their traditions and experiences intersect in this collaboration to create a compelling sound that is at once global and American, a shared voice that speaks to the moment in which we live.

NOT OUR FIRST GOAT RODEO  TRACKLISTING –