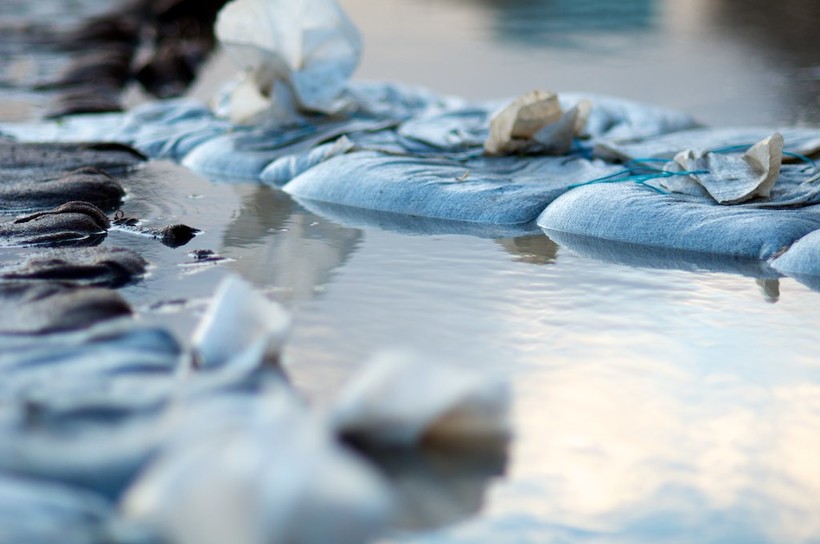 As winter weather gives way to spring, communities across Wisconsin are dealing with the stark reality that significant snow and ice melt is leading to increased risk of extreme flooding.

The National Weather Service has issued a flood warning for central Fond du Lac County until 11:15 p.m. on Thursday. Ice-jam flooding along the Fond du Lac River has prompted the evacuation of some residents as water swamps local roads and the basements of homes.

Firefighters from the city of Fond du Lac are going door to door to check on people along the river.

Fond du Lac Division Chief Troy Haase said residents of at least one apartment building and up to 15 private homes were evacuated early Thursday morning. A utility company is also shutting off gas and electricity to flooded homes.

Haase said utility and city crews are hauling ice away in dump trucks to clear the river in attempts to slow the flooding.

"There's just so much of it. It's so piled up," Haase said. "The people working on Western Avenue, it looks to me is the water is starting to move a little better, but there's just a lot of it and up the river a little farther is another big chunk of ice that's just hanging up there right now."

The American Red Cross is setting up a shelter to help those forced from their homes.

Kim Mueller, Fond du Lac County's health officer, said at least 65 people are in an evacuation center at the fairgrounds, along with their dogs and cats.

"Everybody seems to be in good spirits. We have a number of kiddos here with lots of pets. They all kind of seem to be having an OK time," Mueller said, adding that an area church has offered to host displaced people overnight.

Farther south, the Darlington Police Department is warning residents that the city is set to experience the worst flooding since 1993.

In a Facebook post, the department said, "If the river keeps rising like it is, which it's safe to say it will, this will end up being the worst flood we've had since 1993. The major flood stage in Darlington is 16'. We have not had a major flood since 1993. We expect the river to rise above the 16' mark later this morning. To put things into perspective, though, the 1993 flood was 18.22 feet. We don't think things will get that bad."

The Department of Transportation's website shows more than 25 state highway closures across southern Wisconsin from flooding.