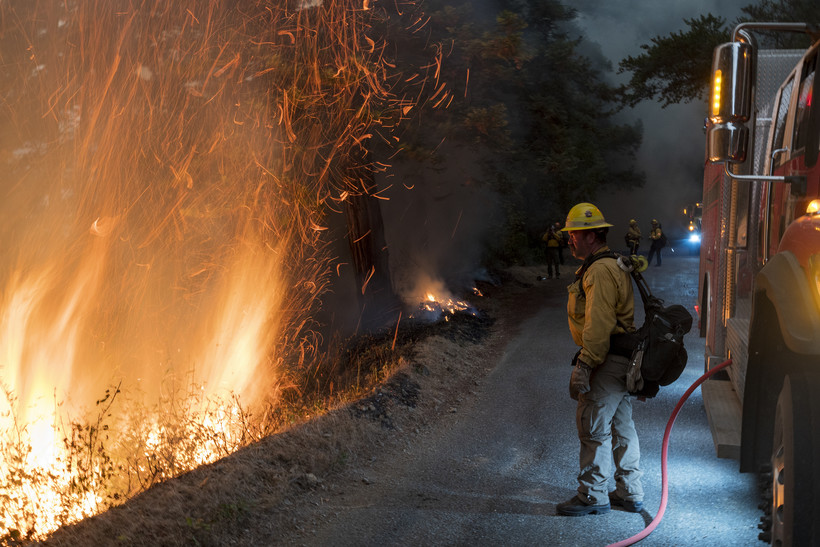 With More Than 600 Wildfires Already Reported, DNR Says 2021 Is Most Active Fire Season In Almost A Decade
By Hope Kirwan
Share:

Wisconsin wildlife and weather officials are warning residents that almost two-thirds of the state continues to be under a very high risk of fire.

Ron Schneider, DNR fire specialist, said 2021 has been the most active fire season in the state since 2012, with 621 fires in DNR protected areas. That’s about 200 more than what the state typically sees by this point in the year.

"We’re seeing it all over the state. I think it’s because we had such a long period without snow cover this year, especially in the northern half of the state," Schneider said. "Typically, we have snow on the ground through the end of April, where this year ... we lost all of our snow in March statewide. And of course, as soon as the snow melts, that's when we have problems with forest fires." 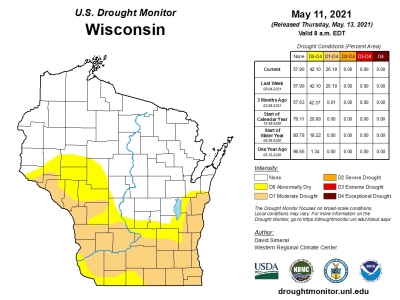 Abnormally dry weather this spring has also led to greater fire risk in the state.

"The rainfall deficits over the last 30 days across the state have generally been from half an inch to upwards of 3 inches below normal," said Logan Lee, forecaster for the National Weather Service in La Crosse.

Lee said the dry conditions combined with low relative humidity increases the fire risk, even in places that have seen some recent precipitation.

While scattered showers are forecast to move through the state this weekend, Lee said it likely won’t be enough to change the risk of fire.

"Right now our rainfall deficits are both short term and long term, so it might take a while for us to get enough rain to overcome that," Lee said.

Schneider said the current conditions can be deceiving for those looking to have a campfire or burn debris.

"What happens is the grass may look green and the woods may look like they’re greening up, but it's still very dry and it can still burn, especially in our pine forests," Schneider said. "Our pine forests right now are at their most volatile flammability limit, so that is where we have the most concern."

While most wildfires occur in March through May in Wisconsin, Schneider said the elevated fire risk could continue into early summer if the state doesn’t see more precipitation in coming weeks.