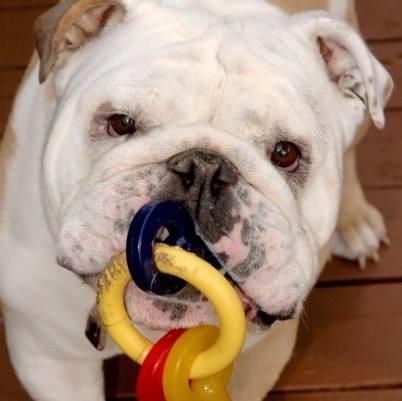 Finding Answers After Sudden Death Of A Pet

Losing a beloved pet can be very hard, especially when the death is sudden and unexpected.

Dr. Sandi Sawchuk, a professor of veterinary medicine at the Univeristy of Wisconsin-Madison School of Veterinary Medicine, said that just last week, she lost her beloved English bulldog, Bulldozer.

“It was a week ago Sunday, and my tears, believe it or not, still happen at random times,” Sawchuk said.

Dozer was almost 11 years old and “healthy as can be. Virtually no medical problems,” she said.

The day started normally, but when Sawchuk returned after a morning appointment, she found that he had vomited. She also noticed that he was having trouble breathing, so put him in the car to take him to the vet school for her colleagues to take a look. But sadly, Dozer passed away en route.

“It was literally, less than four hours start to finish,” she said.

Whether the pet owner is a health professional like Sawchuk, or just a “civilian,” questions are bound to come up: “What did I miss? Is it something I could have prevented?” are common questions to ask, she said.

But if there were no symptoms, it can be difficult to come to terms with the loss.

Sawchuk shared that she spent “24 hours in agony” wondering what she missed that could have saved Dozer’s life. Not only did she doubt her abilities as a veterinarian, even her grieving daughter blamed her for not catching it in time to save him.

A post-mortem examination is called an autopsy in humans, but for animals, it is referred to as a necropsy. Sawchuk said that the information this diagnostic tool can provide can bring closure and a sense of peace about the loss.

In Dozer’s case, the necropsy showed that he had an eight centimeter (almost four inches) tumor in his heart that would have been inoperable even if it had been detected. That information doesn’t change the outcome, or the grief of losing a family member.

But Sawchuk said that it helped her to come around to appreciating that he lived his life fully right up until the end. She didn’t treat him differently, which she might have had she known about that condition while he was alive.

Speaking both from her personal experience and as a health care professional, Sawchuk recommended talking with a veterinarian if there is any doubt about a cause of death that is hard for an owner to come to terms with. For her, the necropsy allowed her to realize that “Mother Nature took over, and it was out of my hands.”