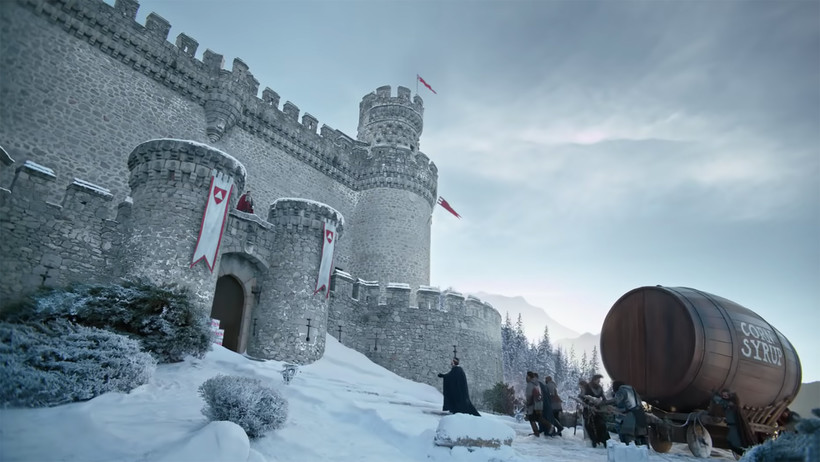 A "Game of Thrones"-esque Super Bowl ad has America’s beer kings jousting over the use of corn syrup in its recipes.

The commercial depicts Bud Light knights being presented corn syrup. They're confused because their beer doesn’t use it. So, they travel to the castles of Miller Lite and Coors Light to deliver the syrup because those brands use the ingredient in their brewing process.

As the commercial aired Sunday, Bud Light tweeted: "To be clear, Bud Light is not brewed with corn syrup, and Miller Lite and Coors Light are."

"Bud Light uses rice to aid fermentation," Marino tweeted. "We use corn syrup. Interestingly, none of our products use High Fructose Corn Syrup, yet several of ABI’s (Anheuser-Busch) do. Things that make you go hmmmmm."

The National Corn Grower’s association weighed in too: "@BudLight America’s corn farmers are disappointed in you. Our office is right down the road! We would love to discuss with you the many benefits of corn! Thanks @MillerLight and @CoorsLite for supporting our industry."

Doug Rebout, president of the Wisconsin Corn Growers, was milking cows when the Super Bowl was on, but he saw the Bud Light ads later. He said they were disappointing.

"If Budweiser wants to promote their product, all the more power to them, but I don't see why they have to bash another segment, especially today's American farmer, when we are having tough times anyway," Rebout said. "Corn syrup is just like any other sugar. When it is used for brewing beer it gets broken down. Whether it comes from corn or rice or anything. So I don't see why they used it as a negative."

MillerCoors spokesman Martin Maloney said most brewers use an adjunct product as a source for fermentation. Bud Light uses rice and MillerCoors uses corn syrup, which is not in the final product.

"Not a single MillerCoors product uses high fructose corn syrup and a number of Budweiser products do," Maloney said.

Maloney said the company had an inkling there would be a competitive ad, but they did not know what it would be about.

Constellation, Heineken USA and Pabst Brewing accounted for 15 percent and all other domestic and imports made up the remaining 19 percent of market share in 2017.