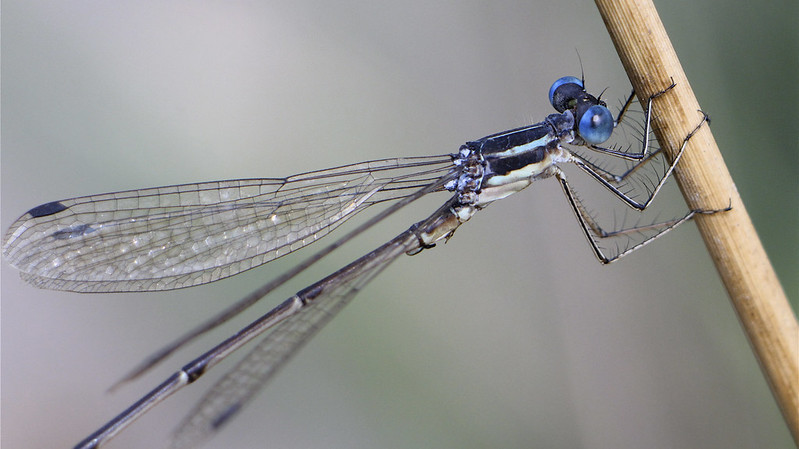 Fierce Predators: Dragonflies And Damselflies Use Hundreds Of 'Simple Eyes' To Spot Prey

Their Adaptable Diet Has Helped Them Steer Clear Of The Insect Die-Off
By Elizabeth Dohms-Harter
Share:

Wherever nature photographer Dennis Paulson travels around the world, he's pretty much guaranteed to find the objects of his study: dragonflies and damselflies.

"They're not in Antarctica, they're not in the high Arctic, but they're everywhere in between," said Paulson, a dragonfly expert who wrote, "Dragonflies and Damselflies: A Natural History."

Wisconsin is home to hundreds of the more than 5,000 known species of dragonflies and damselflies that belong to the Odonata order. They lay claim to an existence that predates dinosaurs.

Blue damselflies, called bluets, are pretty ubiquitous in Wisconsin, and so are common green darners, a migrating species. Adult breeds of the common green darners mate and lay eggs that hatch into larvae that develop in the warm summer water. After a few months, they emerge from the water in early autumn to fly south to winter, where they breed. The emerged darners then fly north again to continue the cycle. 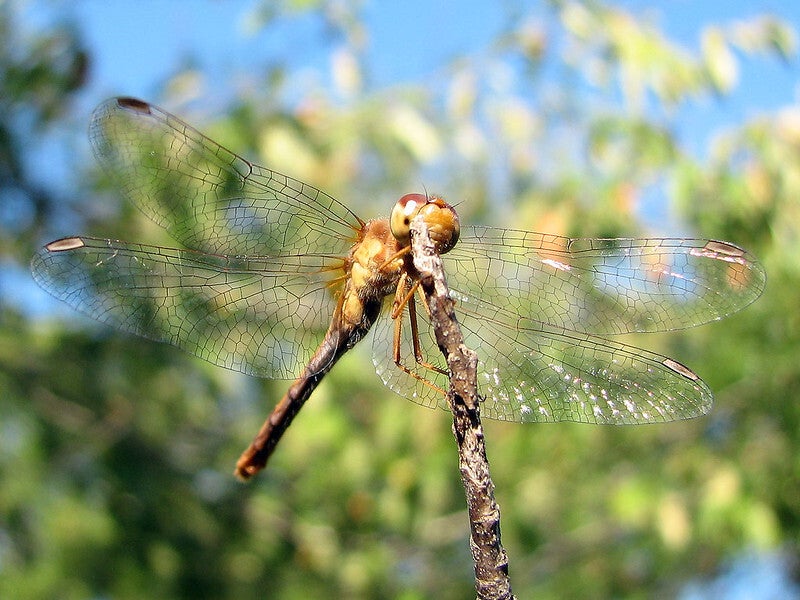 In the insect world, dragonflies probably take the crown for best fliers, Paulson said. All four of their wings can be moved independently. Dragonflies can flap their wings like a bird and rotate them like a propeller.

"This allows them to do just about anything in the air," Paulson said. "They can stop on a dime. They can go straight up. They can't fly backwards, but they can sort of reverse their direction by hovering briefly."

They're also excellent hunters, thanks in large part to their eyes.  For both species, each eye contains hundreds to thousands of individual "simple eyes" that each have a lens, something similar to a cornea and a neuron.

"Because there's lots and lots of simple eyes instead of an eye like we have, this compound eye records objects as a mosaic vision," Paulson said, pointing out that this sort of vision helps the insects hunt, because whatever passes in front of it stimulates every eye.

The species also are similar in what they hunt: they're all carnivores.

"(There's) not a vegetarian among them," Paulson said, noting that dragonflies and damselflies generally eat smaller insects but also feast on insects as large or larger than they are. They'll eat black flies, midges and mosquitoes, but they're probably not going to make much of a dent in the populations of those biting insects.

"As much as I would love to tell you they can control black flies and mosquitoes — they can't," Paulson said. "There's just too many of them." 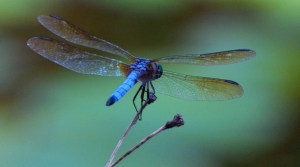 Dragonflies and damselflies have existed since the days of the dinosaurs. Today there are over 6,000 known species. We talk with a leading dragonfly expert about the natural history of this beautiful and popular insect.

Dragonflies and Damselflies: A Natural History

Dragonflies and Damselflies: A Natural History