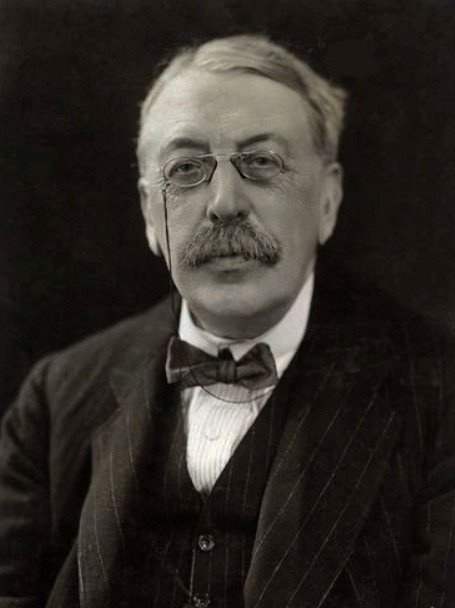 Charles Villiers Stanford was described by a contemporary as “vibrant, untiring, and humorous,” traits that put him at odds with the organizers of the Leeds Festivals in the first years of the twentieth century.

Stanford became the conductor of the Leeds Philharmonic in 1898, but had his conflicts with the secretary of the Leeds Festival, conflicts that spilled over into the music played during the Festival.  Stanford’s main beef was that he was not consulted when the programs were put together. He wrote to a friend about the situation in a letter of November 15, 1903:

The whole situation is ludicrous and unprecedented in any festival.  The result of the program is a long series of solemn funeral music, without a single point of relief.  The mornings would have been excellent (with the substitution of Israel for Elijah), and if the evenings had had one brilliant or lively pièce de résistance in each.  But you have got Everyman (the deepest of tragedies), The Burial March of Dundee (another tragedy) and The Witch’s Daughter which sounds like a third.  It is all Black-edged, and it will be damnably depressing.  Tod without Erklärung, and ending with The Golden Legend, which is dead played out.

A little timely consultation would have prevented it; but as they made their own program, I said nothing beyond suggesting alterations when they wanted them: and I must be content to take, and I shall have to, whether the Committee think so or not, the severe criticisms which will be most certainly made, on my own shoulders....

The report will probably say that the program has been arranged “after consultation with me.”  This must not be allowed to pass uncorrected.  In no important particular was I consulted at all.