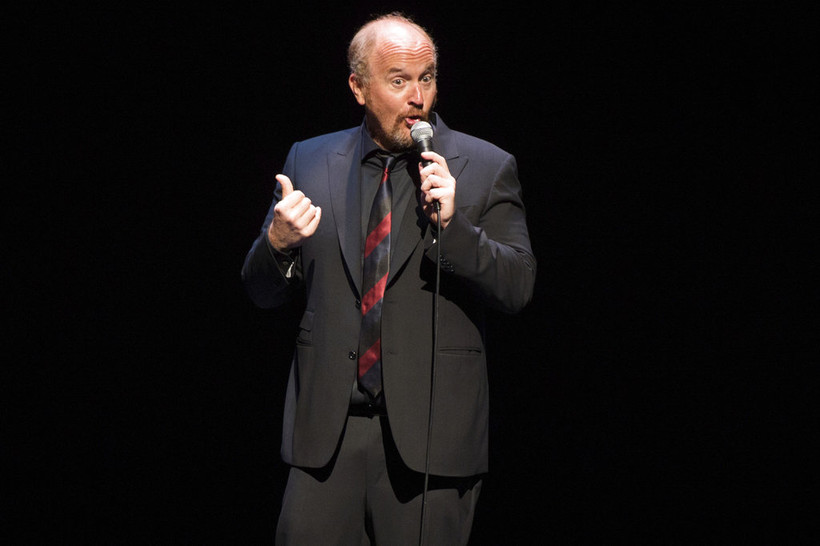 Comedian Louis C.K. performs in 2016 in New York. His booking by a Madison club this week has led to a response from local female comedians. Scott Roth/Invision/AP Photo

Female comedians in Madison say the decision by a prominent local club to book Louis C.K. sends a message: In the comedy world, their concerns still don't count for much.

In response to the booking, a group of alternative comics will hold their own event on the same night as one of C.K.'s sold-out shows.

Comedy on State announced Monday that it would host five shows by the disgraced C.K., who stopped touring and lost TV and movie deals after revelations that for years he had masturbated in front of female comedians. Prior to the publication of a lengthy New York Times account of his behavior in 2017, C.K. not only denied the accusations, but his manager also threatened women who accused him of behavior he later admitted to.

C.K. returned to touring in 2018. But his appearances later this month in Madison are his first time performing in Wisconsin since his conduct became public. In the small community of stand-up performers in Madison, the booking has angered some, and has created an uncomfortable situation for performers who rely on Comedy on State for valuable stage time.

Sasha Rosser performs at Comedy on State’s open mic nights, and said she’ll keep going there even though she disagrees with the booking.

"I do love that club, so I hope it pays off for them," she said. "But I hope it also doesn't send this message to comedians, like, 'This is a place where we just let the sexual predators waltz through the door, and then we pay them an enormous paycheck.'"

In response to the booking, Rosser and other female comedians are putting on "BABE-APALOOZA," an all-female show Sunday, July 25 at Bos Mead Hall. The event's site refers to "some places are continuing to celebrate the sickos and dumbos that should no longer be celebrated." Organizers will donate proceeds from the show to the Wisconsin Coalition Against Sexual Assault.

Comedy circles are small in Wisconsin, and everyone has an opinion about C.K. Though not uniform, there does appear to be a gender gap. Rapper and comedian Craig Smith wrote on Facebook this week that "no one's forcing anybody to buy tickets to a show they don't wanna see," and Rosser said she's talked to male comics who don't see his transgressions as a very big deal.

And some point to the fact that the shows sold out in hours as a clear indication that C.K. still commands an audience.

But because there aren't many local places to practice stand-up, getting a foothold at a place like Comedy on State through open mic nights and hosting gigs has an outsized importance to some novice comedians. That makes any criticism of the club a delicate matter, even as female comics in particular say they object to the message sent by choosing to book C.K.

"It's basically saying you don’t care, that money is more important," said comic Sarah Schmidt. "To me, it’s kind of selling out."

Some also noted that C.K.'s sexual misconduct was specific to the comedy scene, and relied on his power within the world of comedy.

Booking C.K. "is disrespectful to the women who work in that environment who have been sexually assaulted," said performer Dina Nina. "Because a lot of us have."

Nina founded Lady Laughs Comedy, a collective of female comics that is self-consciously an alternative to mainstream clubs. She said C.K.'s comedy was never really to her taste, and she rarely goes to Comedy on State.

"I don't get booked there," she said. "They don't even pay attention to me, which is totally fine, that's their prerogative. ... I produce my own shows, and I'm committed to trying to give women and queer people a stage and a hand up. I don’t see that commitment at all with (Comedy on State)."

Even Nina said she understands why the club booked C.K. — besides sold-out shows, it's also earned the club a boatload of free publicity. But to her, it's a symptom of a culture in the world of comedy clubs that "doesn't allow for local talent to thrive and get better."

Comedy on State's owners did not reply to WPR's request for comment, and have not commented publicly on their decision to book C.K.