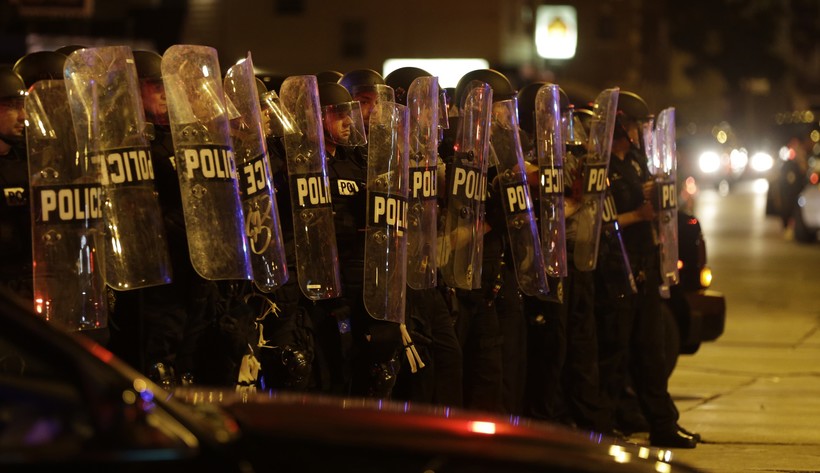 Police move in on a crowd throwing rocks in Milwaukee, Sunday, Aug. 14, 2016. Shots rang out during unrest after a police shooting that killed Sylville Smith.

Federal prosecutors have charged a Milwaukee man who works as a teen mentor with attempting to firebomb a police station during riots two summers ago.

Informants said Mayes started discussing firebombing the station with others the day after the rioting ended. One informant witnessed Mayes building Molotov cocktails that night. The group went to the police station, saw officers on the roof and decided not to attack.

Online court records indicate Mayes was in U.S. marshals' custody and due to appear in court Thursday. The public defender who represented Mayes at an initial court appearance Monday declined comment.