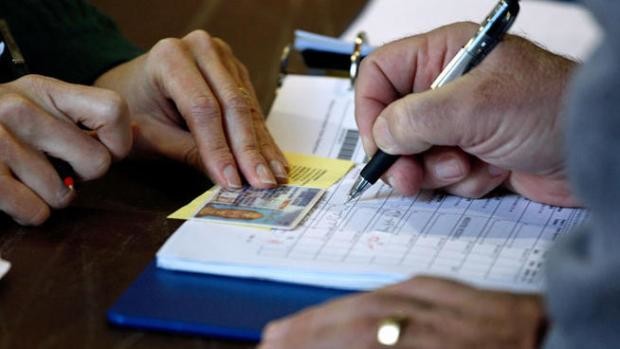 Another lawsuit has been filed against Wisconsin's voter ID law, this one challenging requirements for student voters.

The complaint filed in federal court Tuesday by Common Cause of Wisconsin argues that two provisions of the law impose an undue burden on students because it makes it harder for them to vote compared to other residents.

One of the provisions requires a two-year expiration date on student IDs that are used for voting. The other requires those IDs to include a signature.

If the lawsuit is successful, both restrictions would be removed.

"That would make it at least simpler and more straightforward for students," said Wisconsin Common Cause director Heck. "As it is now, it's very confusing."

Heck stressed that the lawsuit was not challenging the overall voter ID law.

The complaint notes that signatures on voter IDs, even when they're present, are not used for identification purposes.

It also notes that other suitable forms of IDs for voting have much longer expiration periods.

The lawsuit was filed against members of Wisconsin's Elections Commission in their official capacities.

A spokesperson for Wisconsin Attorney General Josh Kaul, who would typically defend the Elections Commission, did not respond to a request for comment. Before he was elected, Kaul was a lead attorney in another case that sought to strike down the voter ID law.

Spokespersons for Republican legislative leaders also did not respond to a request for comment.

Republicans passed Wisconsin's voter ID law in 2011. It has survived multiple court challenges at the state and federal levels.