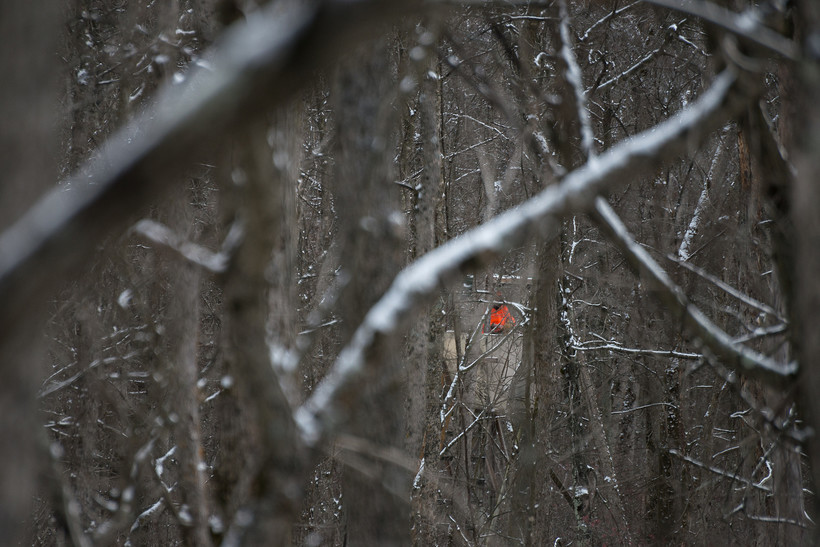 The lawsuit was filed Monday in the U.S. Western District Court of Wisconsin.

The law passed last year bans people from repeatedly bothering hunters in the woods and documenting their activities. The state made it illegal for anyone to film, record or photograph hunters on multiple occasions.

Matthew Liebman, director of litigation for the Animal Legal Defense Fund, said they’re seeking an injunction to prevent enforcement of the law. He said it should ultimately be struck down because it violates the First Amendment.

"Nobody has a right to physically or verbally assault somebody else, but we already have laws that prohibit that," Liebman said. "This is just an extra content-based attack on the free speech rights of activists. We want this statute declared unconstitutional."

The group Wolf Patrol has documented hunter activities in northern Wisconsin as part of efforts to track wolf kills. Killing wolves became illegal in 2014 after a federal judge ruled gray wolves should be relisted as an endangered species. Wisconsin has since ended its state-sanctioned wolf hunts, which first began in 2012.

"Professor Brown wishes to continue to film Wolf Patrol’s efforts, and maintains a personal and professional interest in documenting hunter activity on any public land in Wisconsin. However, he will not continue to engage in such protected speech activity on state-managed public land due to his fear of civil and criminal liability," reads the complaint.

The complaint also alleges Stephanie Losse, an activist and volunteer for Wolf Patrol, has been accused of harassment by hunters for photographing and filming hunter activity on public land.

Liebman said the law is similar to so-called "ag-gag" laws that have been passed in other states, which punish activists for recording or filming animal agriculture practices. Such laws have been ruled unconstitutional in federal courts.

"You do have a right to approach someone and try to engage them in conversation, and that’s really at the heart of the First Amendment," he said. "To not be able to do that at the place that matters most, the place where animals are being killed, I think is a significant infringement on the free speech rights of individuals."

The Wisconsin Bear Hunters Association has expressed support for the state’s hunter harassment law, but a spokesman declined to comment on the lawsuit. Last fall, Lucas Withrow, the association’s vice president, told Wisconsin Public Radio hunters shouldn’t have to worry about people interfering or harassing them while taking part in state-regulated activities.

A spokesman with the Wisconsin DNR declined to comment on pending litigation, but a spokesman for the Attorney General Schimel said "he takes his responsibility to defend Wisconsin law seriously and respects our Constitutional right to hunt, fish, trap and take game in Wisconsin."

The governor’s office didn’t respond to a request for comment by deadline.