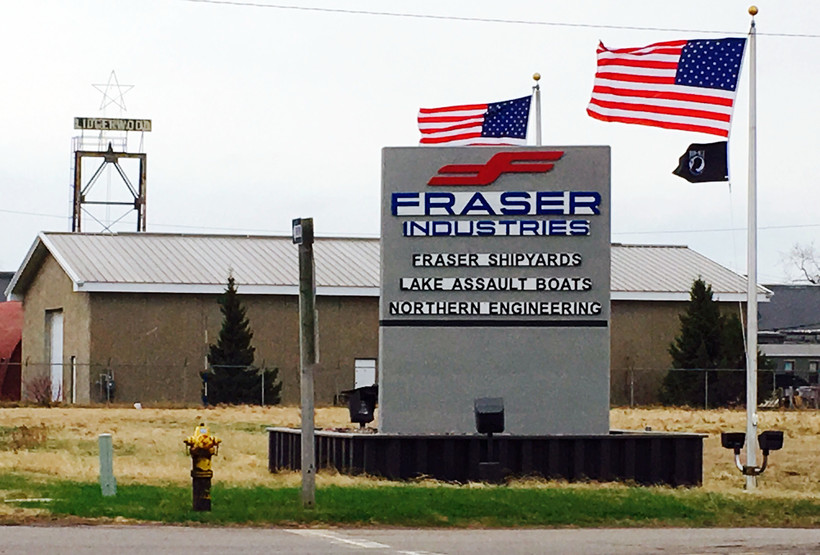 Fraser Shipyards has been building ships in Superior since 1890.
Danielle Kaeding/WPR

Federal labor regulators and Superior police are investigating the death of a worker who fell off a ship Monday at Fraser Shipyards in Superior.

The Superior Police Department said police, fire and emergency services responded to a call around noon yesterday for a man who fell about 50 feet from a boat in dry dock at the shipyard.

Police said the deceased is a 64-year-old man from Watertown, Wisconsin. His name is being withheld pending notification of the worker’s family. Authorities say they don’t suspect foul play at this time.

"We extend our heartfelt condolences to the worker’s family and friends for their loss," police said in a news release.

A spokesperson with the U.S. Occupational Health and Safety Administration confirmed Tuesday the federal workers' safety agency is also investigating the incident. The agency said the man was employed with Gillett-based sandblasting company C&L Contracting.

"Preliminary information is that an employee was standing on a railing in order to pull a tarp, and he slipped and fell, landing in the dry dock area," an OSHA spokesperson said in an email.

Officials with Fraser Shipyards were not immediately available for comment on Tuesday.

The man's death is the second at the shipyard in five years. Welder Joe Burch died in 2017 after being severely burned on the job. Federal labor regulators fined Fraser around $12,000 after discovering the man wasn’t wearing protective gear.

The next year, more than 60 workers reached a $7.5 million settlement with the shipyard for exposure to unsafe lead levels while working on a Great Lakes ship in 2016. A report by Wisconsin and Minnesota health officials released in 2017 showed 171 out of 233 workers tested had blood lead poisoning.

A federal worker's safety agency fined Fraser $1.4 million for safety violations in 2016. The shipyard later reached a $700,000 settlement without admitting fault or liability after the agency cited them for 14 violations related to lead exposure.

Fraser Shipyards has been operating in Superior for more than 130 years.