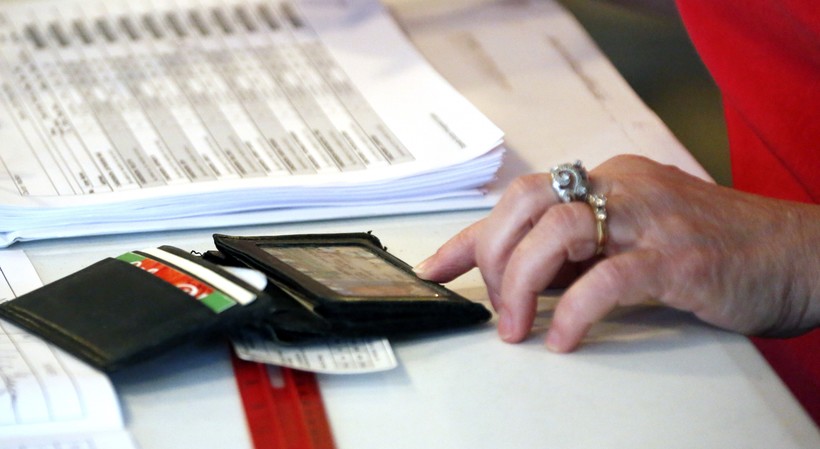 The federal judge overseeing a challenge to Wisconsin’s voter ID law wrapped up the trial by taking a skeptical tone with those hoping to overturn the election rules. During final arguments Thursday, Judge James Peterson told attorneys that he was not convinced the law had created "widespread" obstacles to voting in the state.

While Peterson said voter ID had indeed created burdens for many voters, particularly minorities, who lack the documents they need to obtain an ID for voting, he said the number of voters affected did not show that Republicans had achieved a partisan advantage by passing the law.

"The difficulties were acute but they were not widespread," Peterson told lawyers for the liberal group One Wisconsin Institute, who brought the suit, and the state, who are defending the rules.    "An awful lot of people got IDs after the law was passed. Most people got their IDs."

Peterson said that while it made sense that there should be no partisan motivation behind laws that determine who’s qualified to vote, the U.S. Supreme Court had upheld voter ID, and the 7th Circuit Court of Appeals had specifically upheld Wisconsin’s ID law.

"There’s no easy template for me to follow," Peterson said.

The lawsuit challenges more than a dozen election law changes made by Republicans since they took control of state government in 2011. While voter ID is central to the complaint, it also targets reductions to in-person absentee voting and the elimination of straight-ticket voting among other changes.

Between voluminous court filings, a nine-day trial and Thursday’s closing arguments, lawyers for OWI told Judge Peterson that the changes were part of a concerted effort by Republicans

to silence the votes of minorities, young people and Democrats.

Central to Spiva’s closing arguments was the testimony of Todd Albaugh, a longtime legislative aide who worked for former Republican Sen. Dale Schultz. Albaugh, who no longer works in the Legislature, told the court that when Republican senators met privately to discuss voter ID, some stressed that they should think about what the law could mean for neighborhoods around Milwaukee.

"(That) is code and I don’t even think it’s thinly disguised code," Spiva said. "That is code for black people."

Peterson questioned why Republicans never answered charges of racism during the voter ID debate in 2011, saying there was no record of any GOP lawmaker disputing the claim when the bill was debated.

"I would think that if such an allegation were made that a thoughtful legislator would want to respond to it," Peterson said.

But Wisconsin Department of Justice attorney Clayton Kawski said the Legislature was under no obligation to respond to every allegation. He also said plaintiffs had failed to show they were actually harmed by these laws, arguing that testimony from Albaugh and others was largely anecdotal.

"You can’t just be a witness who testified about some guy," Kawski said.  "You need to have a plaintiff in this case."

Kawski urged the judge to focus on the cases where the federal court system had upheld voter ID. Peterson countered that this case was much broader than just a single change to election law.

"It’s the other 14 provisions that begin to appear like a campaign to achieve something partisan," Peterson said.

Given the wide array of laws challenged in this case, it’s tough to predict exactly how Peterson might rule. While his comments during final arguments suggested a reluctance to overturn the entire voter ID law, he could block parts of it or mandate changes that make it easier to vote without photo identification.

Peterson had said previously that whatever he decides will likely disappoint both sides. He says he plans to issue his decision by the end of July giving lawyers enough time to appeal before the November election.