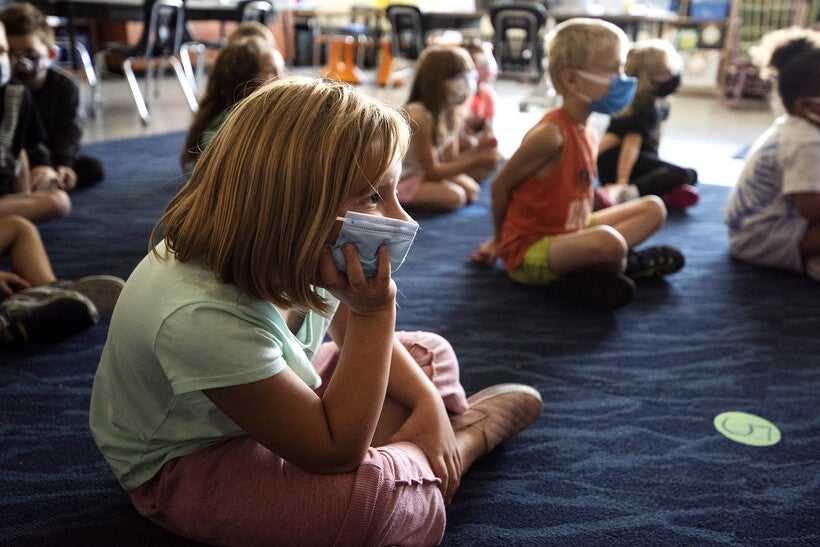 On Wednesday, the first lawsuit was filed in Wisconsin’s Eastern District against the Waukesha School District alleging children who've been wearing masks have contracted COVID-19 because their classmates are going to school unmasked while having symptoms. The Waukesha School Board voted May 12 to end many of their COVID-19 mitigation policies including universal masking.

Minocqua Brewery owner Kirk Bangstad said a class of defendants are being compiled and another class action lawsuit will be filed in Wisconsin’s Western District.

"Basically, every school district that is not Milwaukee, Madison or some others that have had the courage to do which is right, which is few and far between in the state of Wisconsin," Bangstad said.

Bangstad said he became interested in this topic about three weeks ago, when he heard from a school board member in Hudson who is facing a recall election after saying children should wear masks. Bangstad soon realized this is a hot-button issue across the state and nation.

He said filing the first lawsuit against the Waukesha School District was not a political decision. He asked parents, via the brewery’s Facebook page, to tell their stories. One of the most compelling stories came from Shannon Jensen.

Jensen is named in the class action lawsuit as she’s representing all K-12 parents in the Waukesha School District case.

Jensen, whose children go to Rose Glenn Elementary School, said her kids continued to wear masks when they returned to school in September — even though they weren't required.

On Sept. 16, one of her children’s classmates came to school with COVID-19 symptoms and was not wearing a mask, according to the lawsuit. The next day, that same student visited the school nurse twice and was eventually sent home due to his COVID-19 symptoms. Jensen’s child was seated next to the student both days.

On Sept. 19, Jensen’s child tested positive for COVID-19, according to the lawsuit.

The lawsuit alleges the school board and the Waukesha School District have thrown students into the COVID-19 "snake pit" and have violated the 14th Amendment that ensures the right to be safe from state created dangers while in school.

Waukesha Superintendent James Sebert said in an email to WPR that the district received the complaint but hadn’t been formally served.

"We contacted our attorneys and on the advice of our counsel, we have been advised not to respond further at this time," Sebert wrote.

Bangstad’s super PAC has raised more than $50,000 to pay lawyers, infectious disease experts and epidemiologists, which he said will work around the clock to prepare the case.

"If we get a temporary injunction in a few weeks, that money we raised might be enough and could buy Wisconsin schools a few months until the FDA approves the vaccine for children, at which point we wouldn't need to continue the lawsuit," Bangstad wrote on his Facebook page.

Bangstad started his super PAC on Jan. 4, two days before the insurrection at the U.S. Capitol. He said he did so after U.S. Sen. Ron Johnson and U.S. Rep. Tom Tiffany voted against a stimulus package that would have helped restaurants and bars, including his own.

"Then Jan. 6 happened, and those two guys also said the election was fraudulent, and I felt they incited the insurrection and were traitors to our country," Bangstad said. "I said let’s get rid of these guys and make Northern Wisconsin progressive."

The state Republican Party has fired back. On Sept. 29, Jordan Moskowitz, political director with the Wisconsin GOP filed a complaint with the Federal Elections Commission alleging Bangstad is personally profiting from the super PAC.

Bangstad said there’s nothing in that complaint worth responding to.

"It’s an obvious way to deflect from the good that we’re doing trying to protect kids and Wisconsin communities by slinging mud at me and the super PAC," Bangstad said.