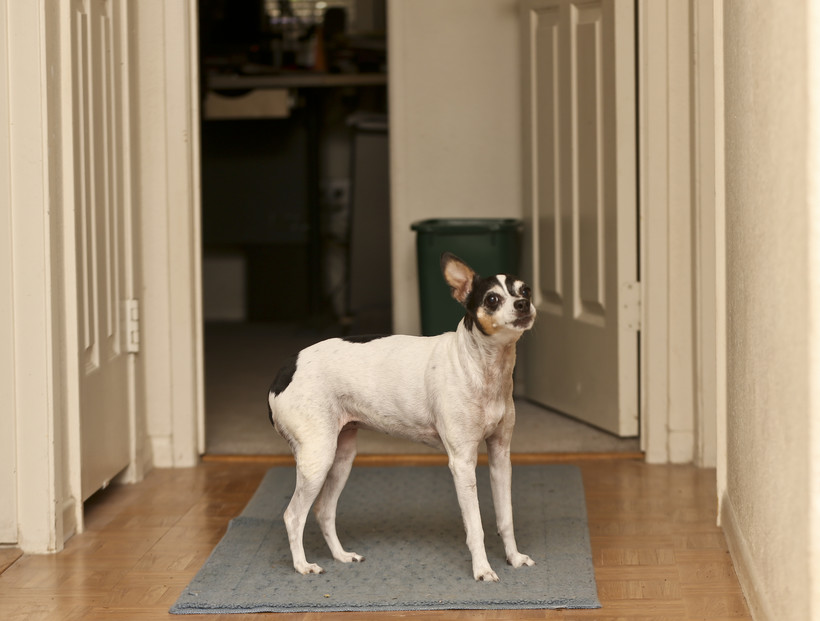 Dinky, the tiny pure bred rat terrier pet of Melissa Duffy, waits outside the bathroom door in 2013 as its owner prepares to leave the dog for work in Carlsbad, Calif. Dinky gets anxious when her owner goes through her daily routine preparing to leave the dog. AP Photo/Lenny Ignelzi

When neighbors are target shooting near his house north of Fort Atkinson, Bill Stork’s dog is probably hunkered down in the closet under his wife’s clothes. 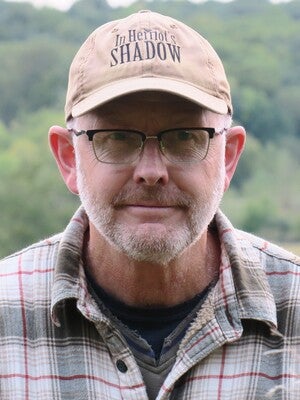 Dr. Bill Stork is the owner and operator of the Lake Mills Veterinary Clinic. Photo courtesy of Bill Stork

That’s where Token, a 13-year-old Australian-shepherd blue-heeler mix, feels safest while hearing the blasts of nearby guns or other loud noises.

And there are about to be a lot of loud noises — fireworks.

Pet owners might be familiar with their furry friends cowering when pyrotechnics light up the night sky and bring boom after boom. Stork, the owner and operator of the Lake Mills Veterinary Clinic, recently joined WPR’s “The Larry Meiller Show” to share tips on how pet owners can better care for their fearful household animals when the rumbling starts.

This interview was lightly edited for clarity and brevity.

Larry Meiller: Why do some pets struggle with fireworks or other loud noises?

Bill Stork: It can be multifactorial. It can be the way they are wired. It can be that they develop an association with those sounds. I don't feel as if this is the entire issue, but there are times when we inadvertently build that anxiety in them by the way we react to loud noises and sounds. 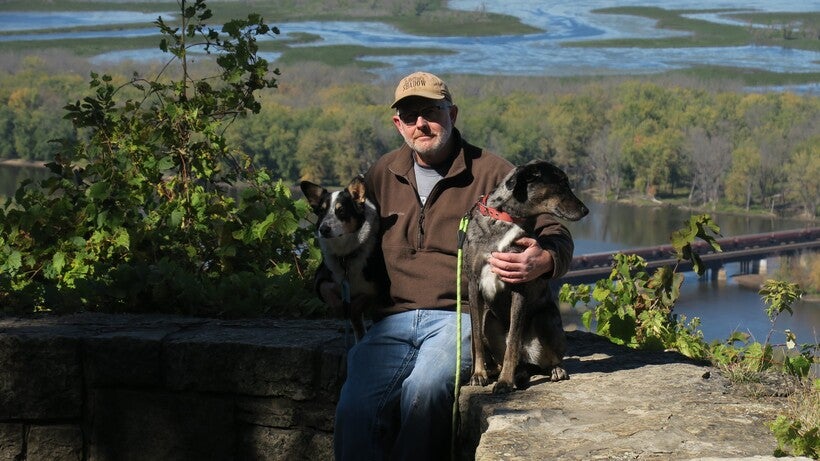 LM: What could we do to make this easier on our pets?

BS: We know that this weekend people are going to be shooting off fireworks, and they don't necessarily wait until dark to start doing it. In which case, way back at the beginning of the day, you work as hard as you can to wear them out. And if that means taking them for walks around the neighborhood, if that means taking them swimming, if that means feeding them chew toys, antlers, KONG balls that have been frozen and filled with good stuff throughout the day … so that we're wearing their brains and bodies out.

When the fireworks get going, there are dogs (that will) seek a spot in the basement, and they'll hide behind the toilet or under a bed. If that's where they want to go, and when they get there it becomes tolerable, then we make that place accessible for them and work as best we can not to overly react ourselves. Because one of the things that we know is that anxiety can be contagious. So, the more we react, the more they will react.

This is the time of year where our phones are ringing off the hook, asking “Can we give them anything for the anxiety?”

There are a couple of different pharmaceuticals that we can use. One is a straight-up sedative, and the other one is as close to a situational anti-anxiety medication as exists. The popular request is, “Give them something just to take the edge off.” That's a pretty narrow tightrope for us to walk.

Once they start to experience that stress, it's really hard to back them down. So, we recommend people even start a day or so ahead of time. If we're using pharmaceuticals, give a morning and evening leading up to the Fourth of July.

LM: What do you think about pressure wraps or anxiety wraps?

BS: The answer is, for some, absolutely. It really does make a difference for some dogs. (It) could be a thunder shirt by brand, or it doesn't necessarily have to be. Sometimes you can just buy a tightly fitting garment, or some people will wrap them with bandages and stuff like that.

BS: The things that we've talked about: Our attitude can feed into their attitude. That's a big one. Wearing them out is a big one.

Counter-conditioning would be for us to try and reassign a new emotion to those loud noises. Well, that's a noble notion. But you have to start early. Be patient. It takes us a while. So, for example, at the first note that they may be reacting to a loud noise, but they haven’t escalated with rapid breathing, pacing, panting and stuff like that, you reward them in an effort to assign a new reaction to an old stimulus. 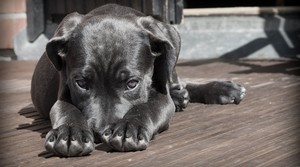 Celebrating summer events, especially Independence Day, often included fireworks. We talk with a vet about ways to help your pet get through the noise.