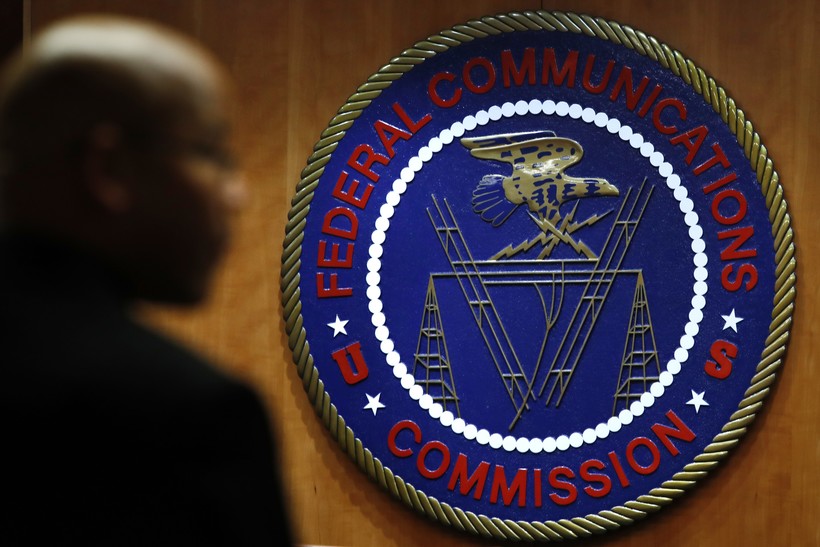 The seal of the Federal Communications Commission. Jacquelyn Martin/AP Photo

Local officials in Wisconsin say a Federal Communications Commission order aimed at helping build the next generation of high-speed, wireless internet is a giveaway to telecommunication companies that strips government of local control.

The FCC Board of Commissioners approved an order on Sept. 26, aimed at speeding the development of fifth generation, or 5G, wireless networks. The new technology promises faster internet data speeds than existing networks can provide.

To achieve this, major telecommunication companies like Verizon, AT&T and Sprint are deploying what are called "small cell" nodes connected by fiber optic cable. Instead of large cellular antennas on towers and buildings, like previous technology, the 5G network will require several nodes, which are typically installed on public infrastructure like street lights.

AT&T and Verizon Wireless applauded the decision. A statement released Wednesday by AT&T said the company was excited about the continued expansion of 5G technology.

"Today, the FCC took the next step to further strengthen the United States' lead in the race to 5G by adopting a framework for permitting and fees that will foster more widespread and robust infrastructure investment," the statement read.

But some local officials in Wisconsin and throughout the nation say the FCC order is stripping them of control on two main fronts. FCC commissioners capped fees that cities can charge wireless providers to use public infrastructure. The order says cities can't charge more than $100 per application for an individual node. Cities are also blocked from charging more than $270 per year to rent space on light poles.

Madison Mayor Paul Soglin said on Thursday that the FCC order is a federal appropriation of city property, owned by taxpayers.

"What's now happening is we've got a rule made by federal agents that allows private companies like Verizon to go put equipment onto our poles at a price, which we estimate is approximately one-tenth of the value," said Soglin.

Soglin didn't have figures for what kind of money the city of Madison could be missing out on due to the capped fees, but in March, an Arkansas-based fiber optic company sent a letter in favor of the FCC proposal to limit fees that said the company faced more than $15,500 in fees for a single small cell node in Milwaukee.

Aside from the fees, the FCC order also limits how long municipalities can take to review applications for use of public infrastructure for small-cell nodes. The commission referred to the deadlines as "shot clocks." Applications submitted by telecom companies to use existing structures must be reviewed within 60 days. Applications that require new infrastructure must be reviewed within 90 days. The new rule says if local governments fail to meet the deadlines, the applications are automatically rejected, which could open the door for lawsuits brought by companies.

Wisconsin League of Municipalities executive director Jerry Deschane dismissed the idea that local governments are using fees or extended reviews to block wireless companies from improving service. He said it takes time for cities to evaluate the best use of limited public space.

"Every one of the cities that I work with has a vested interest in having good, reliable, wireless access for their citizens. They are absolutely committed to getting that done," Deschane said. "But we're talking about who can use public rights of way."

While Soglin said he expects numerous lawsuits over the new FCC ruling and even suggested Madison could get involved, Deschane took a more cautiously optimistic approach.

"In a lot of cases under this FCC ruling, we'll probably adapt and we'll get along and it will be OK," Deschane said. "But I'm very leery of any solution that's dictated in Washington, D.C. and having confidence that it's going to work perfectly in Madison, Wisconsin."