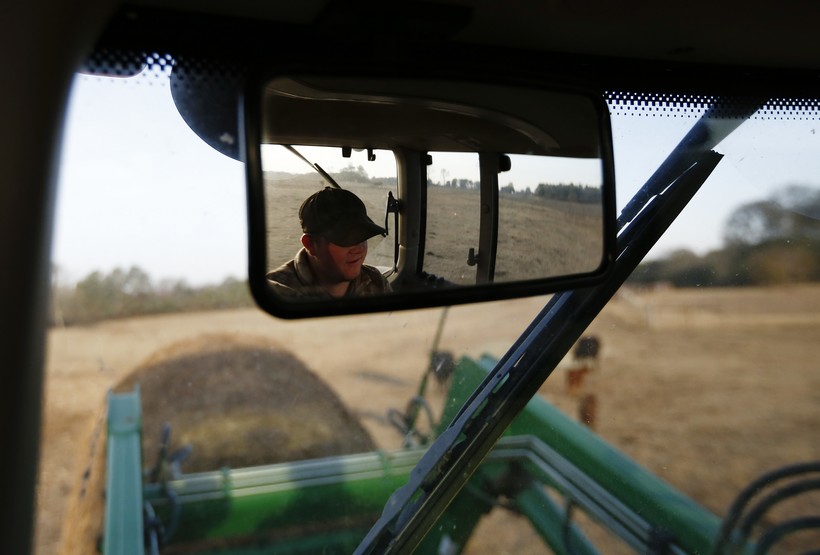 Farming Remains One Of The Most Dangerous Jobs In America

Farming is one of the deadliest jobs in America.

The career is twice as deadly as law enforcement, five times deadlier than firefighting, and 73 times more deadly than Wall Street investment banking, according to the U.S. Bureau of Labor Statistics.

In Wisconsin, 25 percent of all workplace deaths in 2015 happened in the agriculture, forestry, fishing or hunting industries.

Kullgren, a labor and immigration reporter for Politico, wrote a piece earlier this month titled "Your farm is trying to kill you."

"As a farmer, if you think about it, you’re working constantly with very, very dangerous machinery," he said.

Farm equipment is more dangerous than many may think. Tractor rollovers alone are responsible for one-third of all farm deaths.

New tractors legally must be built with rollover protection devices, but the vast majority of tractors out there don’t have them.

"Farmers can keep tractors for decades," Kullgren said. "Many, many tractors are 30, 40, sometimes even 50 years old on these farms."

Many farmers work alone and in remote locations. If an emergency happens, ambulance response can be delayed.

Some have suggested tightening farm regulations or guidelines in an effort to make farms safer. But with thin business margins, policymakers worry increased safety requirements could force farms out of business.

Many farmers are also averse to that idea.

"By nature their culture and their belief system is very self-reliant and independent," Kullgren said. "And the last thing they want is OSHA inspectors coming onto their land, especially land that has been passed down through generations."

Farm safety regulations have been discussed in previous political campaigns, but efforts did not get off the ground. Federal action does not look to be on the horizon, Kullgren said.