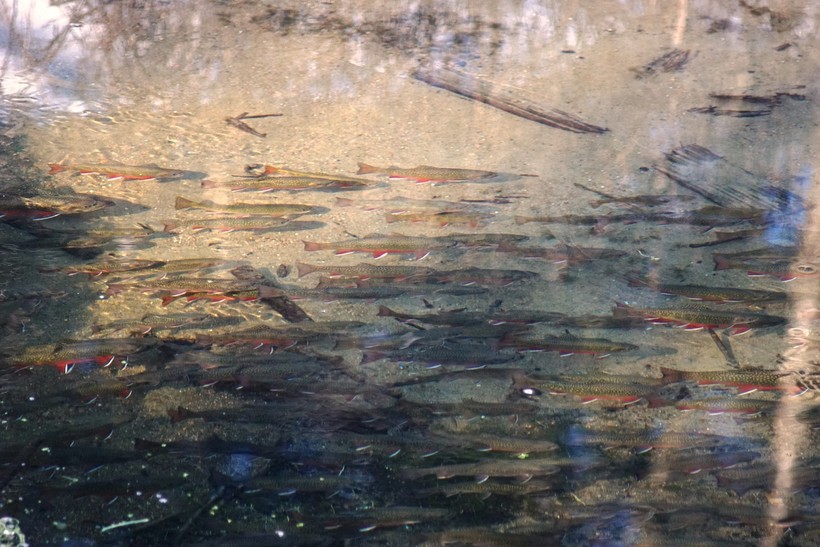 Farmer Built A Trout Habitat And Authorities Tore It Out. After Years In Court, He Won Right To Rebuild.

For a time, thousands of brook trout spawned in the Portage County creek known as the Isherwood Lateral.

But the trout habitat built there by Donald "Justin" Isherwood became the subject of a bitter dispute with local authorities, and in June 2017, just weeks before a scheduled court hearing, those authorities brought construction equipment onto Isherwood's property to dredge the creek and destroy the habitat.

The court case took years to make its way through the legal system. But it’s now official: Isherwood prevailed. The local drainage district had no right to destroy his trout habitat.

The last step came in March when the state Supreme Court declined to hear the case, leaving an appellate judgment in Isherwood’s favor to stand.

Now, Isherwood and his wife, Lynn Isherwood, have applied for new state permits and have plans to begin rebuilding the habitat this summer. 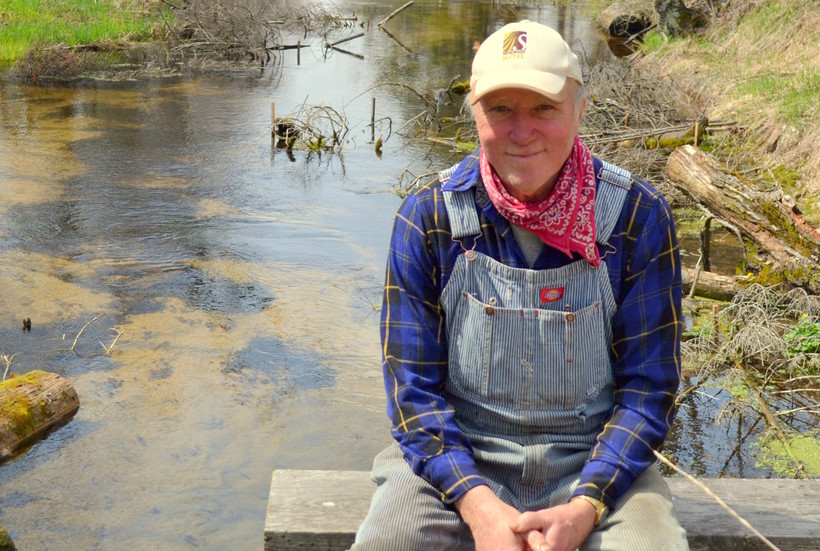 Donald Justin Isherwood in April, 2017, sitting in front of the Isherwood Lateral drainage ditch that he converted into a trout stream. Glen Moberg/WPR

"Let's just say it was a long haul," Lynn said. Having the case brought to a close, she said, was an "extreme relief."

It's been nearly four years since Justin filed suit against the Portage County Drainage District, and almost three years since the destruction of the habitat. And the dispute itself goes back many years before that.

Justin farms potatoes, corn, peas and other crops on about 1,600 acres of land in central Wisconsin. The Isherwood Lateral is a creek that runs through the land he owns. Even the definition of it as a "creek" was contested by members of the Drainage District, who called it a "ditch." Their position in the dispute was that the alterations the Isherwoods made to the water running through their property could create problems with the drainage system that could affect other farms. They never showed actual harm had come from the project, according to a court finding.

The habitat itself was nothing more than dozens of old Christmas trees staked to the creek bed. The woody material acted as cover for trout, and the stream's gravel bed was a place for them to lay their eggs. It worked. By 2016, thousands or even tens of thousands of trout were spawning in the creek.

But by that time, following years of tension and fruitless negotiations, Justin was locked in a dispute with the Drainage District, led by Paul Cieslewicz of nearby Bancroft. Justin filed suit in July 2016 to try to stop the district from tearing out the habitat.

"His trout habitat is definitely going to come out," Cieslewicz said in a July 2017 interview with WPR. "There’s no doubt." 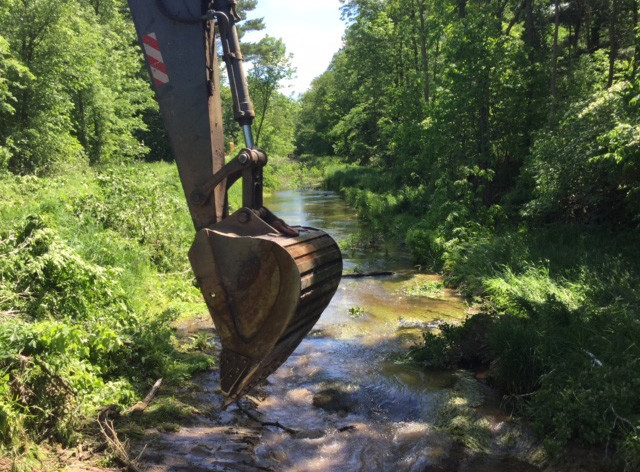 The case had a court date set for June 28, 2017. On June 7 of that year, the Drainage District brought a backhoe to the Isherwood Lateral and pulled the Christmas trees from the river and cut down other trees on both banks, returning the creek to something that looked much more like a ditch.

In retrospect, Lynn said, that aggressive move by the Drainage District may have helped their case.

"It was devastating at the time," Lynn said, "but actually it worked to our advantage because it really insulted the court."

The judge in the case would call the abrupt removal of the habitat a "flagrant and knowing disregard of the judicial process" and a "pigheaded move." Cieslewicz told WPR in 2018 that "the judge calling me a bonehead for taking the obstructions out, that is very unprofessional of the judge. It's crazy that the judge can have this much bias and get away with it." 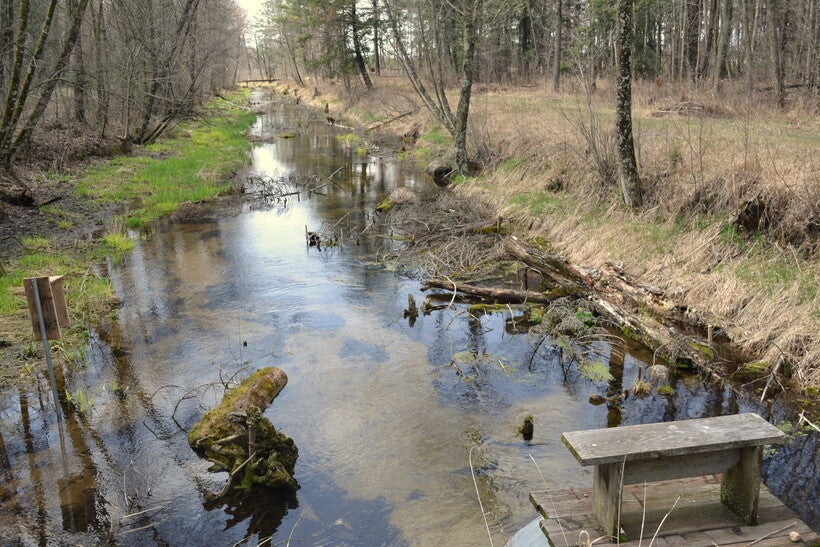 When the Supreme Court chose not to take the case this year, it was over.

In a brief phone interview, Cieslewicz said he had "nothing to say" to WPR about the conclusion of the case.

"You blew it out of proportion last time; you're not going to do it again to me," Cieslewicz said.

Lynn said she and her husband have presented their plans to the state Department of Agriculture, Trade and Consumer Protection for permitting. They've been collecting Christmas trees. With any luck, they’ll be out in the next six weeks putting the trees in and staking them down. There are still some trout left in the stream, and they’re hoping they can help ensure that there are more each year.

Editor's note: This story has been updated. An earlier version misstated what the Isherwoods added to create the habitat. They added only Christmas trees to the stream.