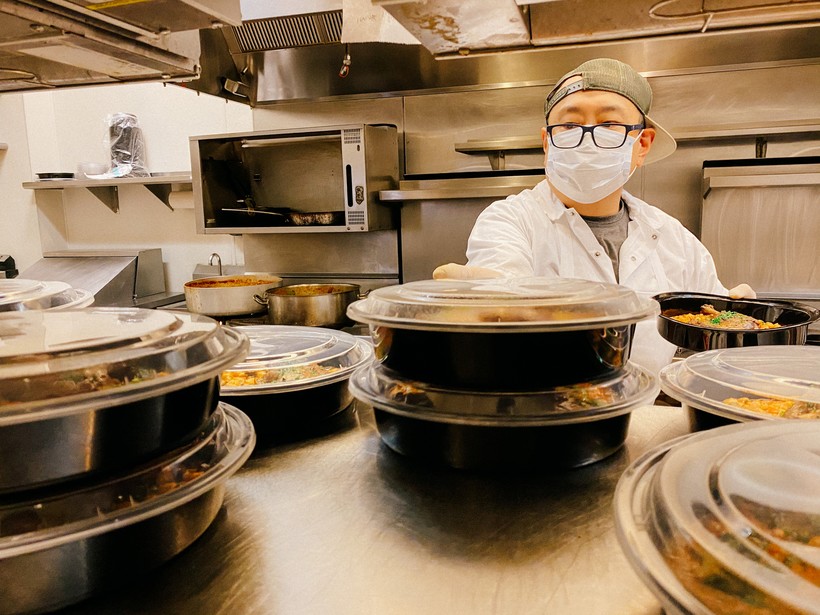 Chef Tyler Sailsbery, owner of The Black Sheep restaurant in Whitewater, is worried about how many chefs will want to continue after the coronavirus pandemic ends. Things were tough in the industry before the outbreak happened, and when the outbreak began to hit Wisconsin, he watched his sales tumble 70 percent.

Sailsbery loves local food, cooking for the community and working with his team, but he's questioned whether the intense hours and thin profit margins are worth it. Every day is a challenge, especially during these times, yet he’s managed to hold on to 22 staff members, and make nearly 4,000 free meals for local children. 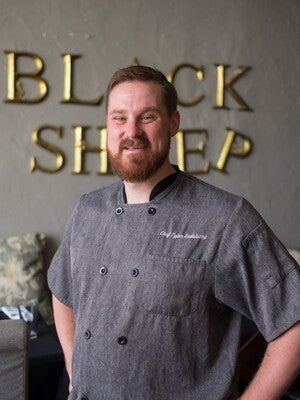 But the mental toll is wearing on him.

"I have no intention of giving up now," Sailsbery said. "But literally every day, I say, 'Tyler, how many more years can you go to work and work 14 hours a day just to get by?'"

For weeks, chefs and restaurant owners across Wisconsin have described the situation as gut-wrenching, terrifying and heartbreaking. They have agonized over how to run businesses that have seen numbing blows from the coronavirus outbreak.

Almost overnight, Milwaukee Chef Justin Carlisle watched the business at his restaurant, The Laughing Taco, lose 90 percent of its sales.

"It was literally like it just walked off the cliff, and that was it," Carlisle said.

But chefs are also saying the outbreak has only exacerbated an industry that was already broken.

And looking forward, it’s likely to be dramatically marked by the events in both the near and long-term future. In a matter of weeks, restaurants have changed entire menus to accommodate to-go meals or have begun offering meal kits for customers to recreate at home.

Yet the Wisconsin Restaurant Association estimates as many as half of the state’s restaurants and bars may not come back from the crisis.

At the beginning, restaurants operated in survival mode, making drastic changes to keep some money flowing in, Carlisle said.

But another persistent question has been on their minds: what happens when restaurants are allowed to open their doors?

A server with both a suit and a mask on. A dining room that looks almost empty because it’s only half full. No more than four guests at a table. All are possible scenarios.

One thing that’s certain, they won’t be the same on the other side, said Chef Tory Miller, co-owner of Deja Food Restaurant Group in Madison. 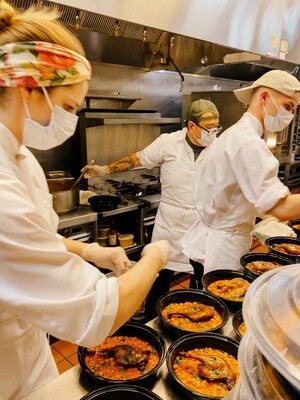 Some states, such as Georgia, are requiring restaurants to reopen with only 50 percent capacity, or even less.

If the same happens in Wisconsin, which Miller assumes it will, restaurants will need to find new ways to make up that lost revenue, he said. He envisions more meal kits and to-go orders will be a part of the equation.

"It's extremely different and difficult to wrap your mind around it when you've been built to do restaurants in a certain way and now all of a sudden it's not the same game," Miller said.

His restaurant, L’etoile, has been consistently selling about 60 family meal kits four days a week. Still, between his three restaurants, business is down about 80 percent, and they’re operating with about 10 percent staff after laying off the rest.

Looking ahead to the day he can open his dining room again, Miller said needing to rely on to-go and meal kits will also change what he can offer in the dining room.

"When you're doing a quote-unquote, regular dinner service with people in your dining room, you have to be able to serve that stuff in a box as well in order to do it efficiently," Miller said. "Otherwise, you're prepping for three different kinds of menus."

Carlisle, in what he calls good timing, had a contract with Metcalfe’s Market to sell ramen kits from his restaurant Red Light Ramen before the outbreak. He now estimates it will help him reach 70 to 75 percent of his pre-COVID-19 sales.

Yet his third restaurant, Ardent, only seats 20 people and won’t be worth opening until restrictions allow greater than 50 percent capacity.

Carlisle, Miller and Sailsbery all adamantly say they’re not pushing to reopen their restaurants before they get the green light from the state Department of Health Services that it’s safe to do so.

But even as restrictions are loosened, they all wonder how diners' habits will change, when and whether people will feel safe to go out to eat and if they’ll be able to afford to as more and more people feel the economic burden of the pandemic.

"The ramifications are far-reaching," Sailsbery said. "The way people eat and the expectations of eating out and getting food delivered are forever altered." 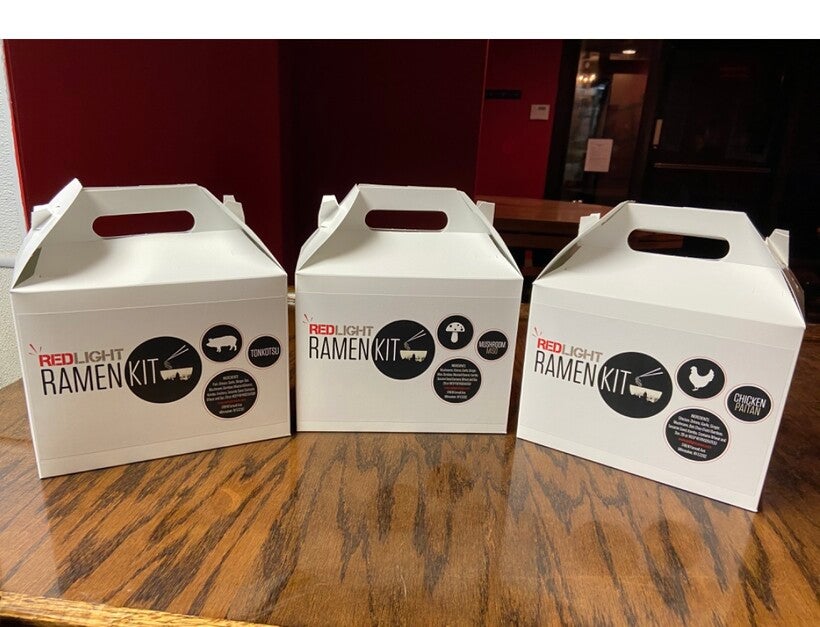 The chefs are worried the pandemic will hit small, independent restaurants the hardest, and that many won’t come back from it. But they also expressed hope that this is an opportunity to bring to light and fix inequalities in an industry — which supported 285,000 jobs in Wisconsin pre-COVID-19 — that has been broken for years.

"Restaurants can no longer continue to operate with less than 10 percent profit margins," Miller said. "Most of it's in the like 2.5 to 5.5 percent and that's unacceptable."

With those margins, coming off of the slow season and the damage that has already been done, mixed with the uncertainty of what happens next, Carlisle said restaurants can’t survive for very long without help.

"There is no security blanket that we're going to make it out of this after we make it through this," Carlisle said. "But whatever we get to at the end of this, our industry has to change. It can't be this vulnerable and this weak."

At The Black Sheep, which is 8 years old, Sailsbery works with local farmers and distributors, using their products whenever possible. It’s important to him to do so, but it also means he often pays between 100 and 200 percent more for ingredients than if he had gotten them from a corporate food distributor. 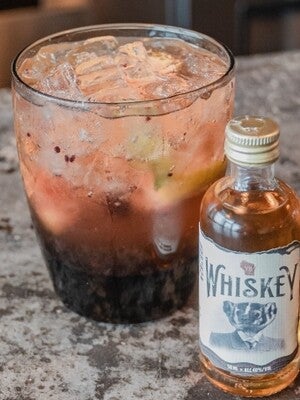 His restaurant makes its profit in alcohol sales. During the pandemic, he’s been purchasing mini bottles of local liquor for to-go cocktails.

"In our industry, there are two costs that account for around 75 percent to 80 percent of your costs ... labor and food," Sailsbery said. "So if I want to make money, I typically have to put pressure on one of those two things, and that’s exhausting."

"The system was broken before," Miller said. "The way restaurants were looked at as a passion project or like, I do what I love, so I'm OK ... with barely breaking even."