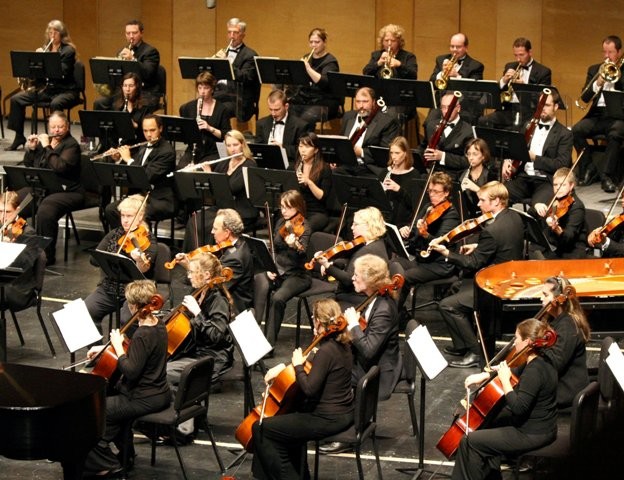 This is the last season for the Green Bay Symphony Orchestra. The 101-year-old institution announced earlier this year that it's disbanding, but some musicians are exploring a partnership with another Wisconsin orchestra in the hopes of keeping the group together.

In one, soprano Jennifer Stevens was backed up by a small brass and string ensemble. However, this was a bittersweet performance for audience member Patty Scasny, who has attended concerts on and off for 40 years, and now faces the prospect of losing the symphony.

"I was shocked.  There's no reason in the world why this community cannot support the Green Bay Symphony, the Civic Symphony.  This is a large enough city that can support many musical organizations.  It should be a cultural center of northeastern Wisconsin," Scasny said.

Nancy Kaphaem, the symphony's third cellist, said the orchestra has faced adversity before.

"This is our 101st year as an organization.  We've weathered so many storms.  The Great Depression, we weathered that," she said.

Kaphaem is involved in an effort to form an alliance with the Madison-based Wisconsin Chamber Orchestra.  That's the group that puts on the popular "Concerts on the Square" shows near the state Capitol.

Mark Cantrell, the Chamber Orchestra's executive director, has been meeting with musicians and community leaders in Green Bay to gauge support for this kind of alliance.

"It's not a merger or an acquisition necessarily," he said. "The musicians have to be behind us because it's their musician group that's going to stay in Green Bay, it should stay the Green Bay Symphony.  Or, perhaps not, I don't know."

Cantrell said he believes the community will dictate the future of such an endeavor.

"The community is going to tell us if it's the Green Bay Symphony, if this works.  But, rather than having two separate managements and the overhead that goes with that, we take advantage of economies of scale and the Green Bay Symphony becomes another brand of the Wisconsin Chamber Orchestra, if you would."

If the partnership happens, Cantrell said he'd like to see less reliance on ticket sales for the symphony. Instead, they'd move to a subscription and patron model where larger donations would allow for free community performances.

Cantrell said he doesn't know if the fiscal support is there, but he hopes to have an answer by the end of February.

Even if the partnership doesn't work Green Bay still has options for live music including the Civic Symphony and the Dudley Birder Chorale.

Regardless, Cantrell said the city stands to lose something special.

"Anytime an orchestra goes out of business, it's like tearing a hole out of the fabric of the community you're in.  And you never get it back once they're gone," he said.

The symphony's final performance is set for April.