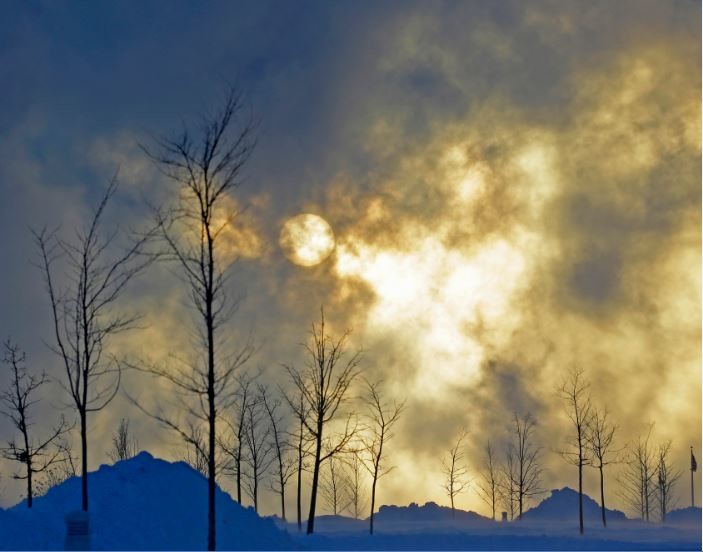 President Donald Trump and others say global warming was missing-in-action as temperatures dipped dangerously low across the Midwest this week. The president went so far as to tweet for global warming to "Please come back fast, we need you!"

Trump has been skeptical of climate change since taking office, withdrawing the U.S. from the Paris climate accord in 2017. The agreement deals with combating climate change across the globe by taking steps to lower greenhouse gas emissions beginning in 2020. The president has disputed that rising temperatures are manmade.

In the beautiful Midwest, windchill temperatures are reaching minus 60 degrees, the coldest ever recorded. In coming days, expected to get even colder. People can’t last outside even for minutes. What the hell is going on with Global Waming? Please come back fast, we need you!

Former Gov. Scott Walker also joined in with a tweet this week, saying "What I wouldn't give for some global warming today!" During the governor's race last fall, Walker said human activity was just "one part" of why the climate is changing, according to the Milwaukee Journal Sentinel.

Was out this morning at an eye doctor appointment. What I wouldn’t give for some global warming today! 🌬😬 pic.twitter.com/HtZs3kTW4e

Such comments are frustrating to scientists sounding the alarm on climate change, including Steve Vavrus, senior scientist with the University of Wisconsin-Madison Nelson Institute Center for Climatic Research.

"If you simply look at a map of global temperature anomalies at any day this week, you'll see that most of the world is above normal," said Vavrus. "Every year lately has been one of the record-setting warm years on record."

Vavrus said weather and climate aren't the same. He described the differences between the two is like a person's personality and mood.

"The climate is like our personality, kind of what you expect in the long term, but the weather is like a person's mood," said Vavrus. "Sometimes, a laid-back person can lose their temper for a short while. Just like the weather and climate, even in a warming climate, we can have this short-term downturn in temperatures like we’ve seen this week."

Vavrus added the term "polar vortex" is being used now to describe a cold wave like the one that enveloped the region this week. But he said the true polar vortex is a river of air in the stratosphere about 20 miles above the earth’s surface that exists only in the winter. The polar vortex and the jet stream serve as barriers to keep the cold air locked in the arctic.

However, he said weakening winds can cause cold air outbreaks that's like "opening the freezer door."

Over time, Vavrus said he thinks there will be fewer extreme cold weather events as temperatures rise around the globe.

"However, in the short-term ... sometime within the next few decades, the impact of the warming climate may not be great enough and it's possible that greater flow from the arctic down to Wisconsin could mean that we get more and more intense cold-air outbreaks," he said.