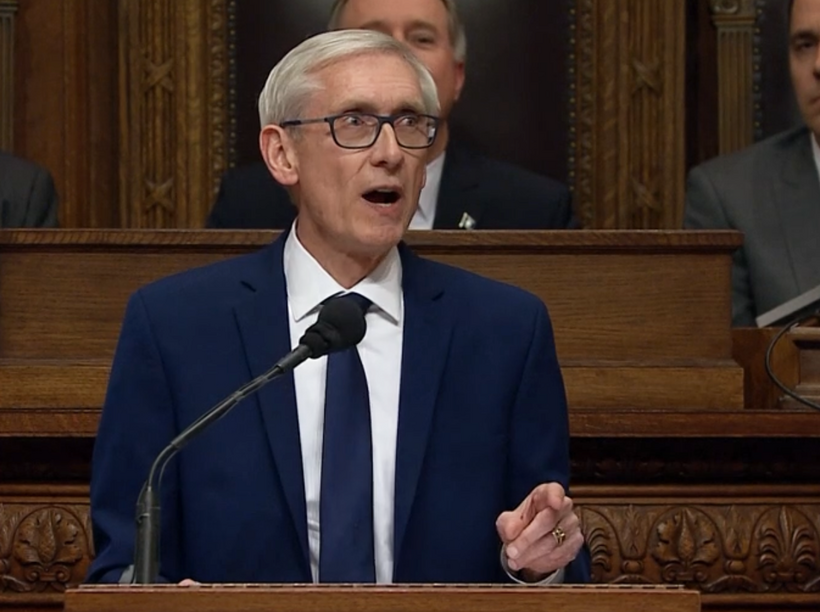 The plan would dedicate funding towards school meals, mental health programs and per pupil spending
By Leah Treidler
Share:

Gov. Tony Evers is calling on the state Legislature to boost spending on K-12 schools in the next budget by roughly $2 billion.

Evers announced his new education proposal Tuesday alongside state Superintendent Jill Underly at the Academy of Accelerated Learning in Milwaukee on its first day of school. The announcement comes only nine weeks before the general election, and though the spending proposal's chances of making it through the GOP-controlled state Legislature are slim, the proposal underlines Evers' priorities if elected for a second term.

"After a tough past few years, we know our kids and our families and schools need our help now more than ever to get caught up and to get more educators and staff into our classrooms, and ensure every kid has the support and resources that they need to be successful," he said.

The proposal for the 2023-25 state budget, if passed, would tap into the state's projected $5 billion budget surplus, dedicating $10 million dollars each year to literacy-related programs and investing more than $240 million in student mental health aid. It would make meals free for all students who qualify for free or reduced lunch, and would cut meal costs for those students who don't qualify for the reduced price.

"We know a kid who's in crisis or who's hungry isn't going to be able to focus on his or her studies in the classroom," Evers said. "Kids need more support and resources now more than ever."

The plan earmarks $5 million for helping districts start or improve financial literacy curriculum, and it would change school hiring laws, which Evers said would ease the statewide school staffing shortage.

"We need to make sure that more educators and staff are in our schools and classrooms, are there to keep class sizes small and make sure our kids have the support they need to be successful," he said. "So we're going to change the law to make sure that experienced educators and staff who've retired can be hired by school districts and returned to the classroom to help support the workforce."

On top of that, the plan would increase per-pupil spending, which the Legislature froze in the 2021 budget at the height of the pandemic, making schools depend on federal COVID-relief funds. Those funds are set to dry up in September 2024.

At the press conference, Underly said that means schools are staring at a "funding cliff."

"Our schools are being asked to do more and more, but thanks to zero increases in per pupil funding from the legislature, they have to do with less and less," she said. "We need more funding, and it needs to be ongoing and sustainable, and there needs to be a lot of it."

In the last biennial budget negotiations in 2021, Republicans rebuffed the governor's plans, passing a budget that will spend $1.4 billion less than Evers asked for.

In July 2021, Republicans immediately gaveled out of a special session Evers called to increase K-12 spending without discussion.

"This is a feeble ploy to try to win votes after the disastrous results of Governor Evers’ failures," he said. "The impact and damage done to children's education by shutting down schools for two years is not something their parents will easily forget."

Tim Michels, Evers' Republican opponent in the general election, also rebuked the move in a statement, saying the governor's education policies have been failing for decades.

"While it is nice Governor Evers is again following my lead in focusing on literacy, his plan for education is the same as it always is," he said. "More money and more bureaucracy. The tired, old Evers approach has not worked."

If re-elected, Evers would officially release the plan in his executive budget early next year. It would have to pass in the Legislature before it could take effect in July.