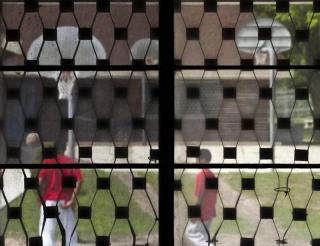 The closure of the state’s embattled youth prison would be indefinitely delayed under a new proposal from Gov. Tony Evers.

Under the governor's plan, closure of the Lincoln Hills School for Boys and Copper Lake School for Girls would be delayed until whenever new, regional facilities are developed to house the inmates.

Last year, Gov. Scott Walker signed a law decreeing the facilities would be shuttered by 2021, following years of reported inmate abuse and mistreatment.

"I've said all along that criminal justice reform is an area where Republicans and Democrats should be able to work together," Evers said in a prepared statement. "That starts with our juvenile justice system and making sure that our kids are safe and have a chance to be rehabilitated so they can get back into our communities and be successful."

The changes are likely to face pushback from state lawmakers, who have expressed concern in recent weeks to possible timeline changes for the Lincoln Hills and Copper Lake closure.

State Sen. Van Wanggaard, R-Racine, the chair of the Senate’s public safety committee, has been critical of a possible timeline change, and on Wednesday he voiced his opposition to Evers' proposal.

"There's a sense of urgency here," he said, citing challenges with staffing, programming and safety at the facilities. "It's about getting these young people into an environment where they can be housed safely, they can get good programming, and where we have a safe place for our staff who staff this."

"My perspective is, if something happens (at Lincoln Hills and Copper Lake), the governor is going to own this," he said.

An attorney in a case challenging living conditions at Lincoln Hills and Copper Lake also expressed concern on Wednesday.

"While there have been improvements made, we still have real safety concerns about our clients and about the young people in Wisconsin in general who are at risk of being placed there," said Karen Lindell, senior attorney at Juvenile Law Center.

Juvenile Law Center, in partnership with the American Civil Liberties Union of Wisconsin, brought a class action lawsuit against the facilities over living conditions and inmate treatment in 2017.

According to the Evers’ administration, Wisconsin is one of a handful of states that allows 17-year-olds to be tried as adults. The governor’s plan would increase the age for charging juveniles as adults from 17 to 18. That transition would begin in 2021.

"Seventeen-year-olds are not adults and shouldn't be in the adult criminal justice and adult prison systems," Goyke said.

The governor’s plan will be rolled out as part of his state budget, which will be presented tomorrow night before the Legislature.