Law Professor Explains What This Means For State's Felons
By Elizabeth Dohms
Share:

In an about-face from the state’s previous practice of not pardoning criminal offenders, Democratic Gov. Tony Evers has vowed to consider restoring rights for felons that were taken away because of convictions.

Pardons are often given after a person has completed a sentence, said Mark Osler, professor of law at the University of St. Thomas in St. Paul, Minnesota. They remove some of the restrictions of the conviction, for example reinstating a person’s right to vote, possess a firearm or serve on a jury.

Evers told Madison TV station WKOW Wednesday that he would consider pardons recommended by the Pardon Advisory Board, which reviews applications submitted by felons seeking clemency. That's a shift from the previous administration, which issued no pardons and left the advisory board empty.

During Gov. Scott Walker’s eight years in office, a spokesman asked by the La Crosse Tribune about Walker’s position said the appeals process was adequate. Walker noted pardons would undermine decisions made by a jury and court. Furthermore, the empty advisory board was suspended in November 2011.

Prior to Walker, Republican governors Tommy Thompson and Scott McCallum issued 86 pardons, and Democratic Gov. Jim Doyle issued about 300, according to the Associated Press.

Pardons are a form of clemency, or leniency, given to criminal offenders. Another type of clemency is a commuted sentence, which can reduce the amount of time the sentence is being served.

It can be a gamble for governors to grant that kind of leniency because cases of recidivism, or relapse into criminal behavior, especially following an early release could result in political fallout. But Osler pointed to a study by the U.S. Sentencing Commission that found no real difference in recidivism rates of crack cocaine traffickers who got out early and those who served their full sentences.

Osler said Walker's stance was unusual for a governor and said the former governor misunderstood reasons for clemency.

"One of them is a second chance to look at someone, whether they’re still in prison or whether they’re out, and look for rehabilitation and try to use mercy to let them rebuild their lives," he said.

If Evers does choose to pardon felons during his tenure, there will be a record of it.

As part of the lame-duck session in December — a package of bills that effectively undermined some of the powers of the governor — a new rule was passed that requires the governor to report any pardons. It also requires disclosure of people being released from prison early and orders a record be kept of recidivism by pardoned felons.

Osler said that while such legislation might have been meant to embarrass incoming governors, it results in better transparency. Though he did warn too much weight shouldn't be given to specific anecdotes, saying one story of recidivism has the potential to throw the whole practice into question.

"What we need to do is look at it compared to the population of prisoners who are released as a whole, and what we see when we look at that generally is that the rates of recidivism are better or not worse than the comparison group," he said.

Members of the Pardon Advisory Board have yet to be appointed. 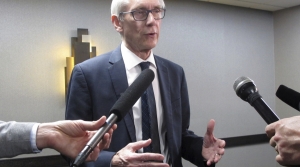 Gov. Tony Evers is pledging to do something Wisconsin has not seen in eight years: grant pardons. We discuss how pardons work and Evers' reasoning for issuing them.