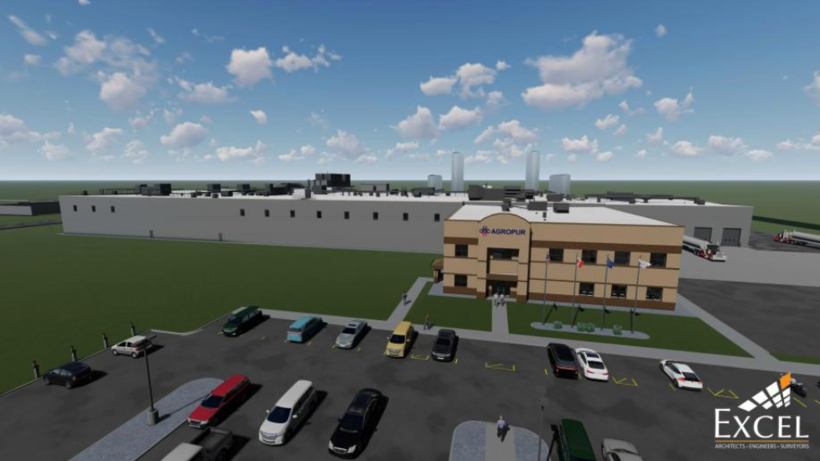 An architectural rendering of the new Agropur facility in Little Chute from a company press release.

Gov. Tony Evers announced Monday that Agropur will receive up to $4.5 million in business tax credits for a new $168 million plant in Little Chute.

The new 210,000-square-foot facility will replace Agropur's current plant in Little Chute and add at least 54 new full-time jobs to the location. The North American dairy cooperative will continue to make mozzarella cheese sticks at the location.

According to a press release from the governor’s office, Agropur will be eligible for the tax credits from the Wisconsin Economic Development Corp. over the next four years depending on whether they meet goals for hiring and capital expenditures.

"From our farmers and cheesemakers and the folks in the dairy supply chain to the workers who will help build this expansion, to the Wisconsin cheese consumers and enthusiasts everywhere, this investment will be felt far beyond the farm," Evers said in the release "This project is great news for our economy and for Wisconsin, and on behalf of our great state, we are thrilled to support Agropur's investment in America's Dairyland and in the future of the dairy industry."

"We’ve got a good growing milk supply in the area, which is positive, but at the end of the day, there's demand for the products we’re producing which drove us to (expand)," Simon said.

Simon said the new plant will have a wastewater treatment system that will generate energy for the facility and it will incorporate more automation.

"We are actually automating a fair amount of the plant so we don't need as many people to do the different tasks," Simon said. "Clearly in today’s environment, finding people in any industry is extremely challenging. So we’re really trying to create an automated plant that will allow us to be more efficient."

Agropur hopes to have the facility fully operational by early 2023.

Steve Deller, professor of agricultural and applied economics at the University of Wisconsin-Madison, said he thinks the new technology makes the plant a worthwhile investment for state tax credits and will hopefully help the state's dairy industry move into the future.

"This is a pretty good shot in the arm for the Wisconsin dairy industry," Deller said. "Any time we see new investment like this is a positive sign because a lot of the growth in the dairy industry has really not been occurring in Wisconsin."

Deller said it’s not surprising to see Agropur and other food manufacturers embrace automation as a way to make up for a shortage of workers and save money on labor costs.

He said the new technology can also help producers improve quality control, even down to the farm level with robotic milking machines.

"There’s a shift in the types of skill sets that are required and a lot of times you end up with better jobs," Deller said. "You end up with fewer jobs, but the jobs that you have tend to be higher paid jobs."

Agropur officials said in a press release that existing employees "will have the opportunity to be trained in new skills and to continue growing within the organization."