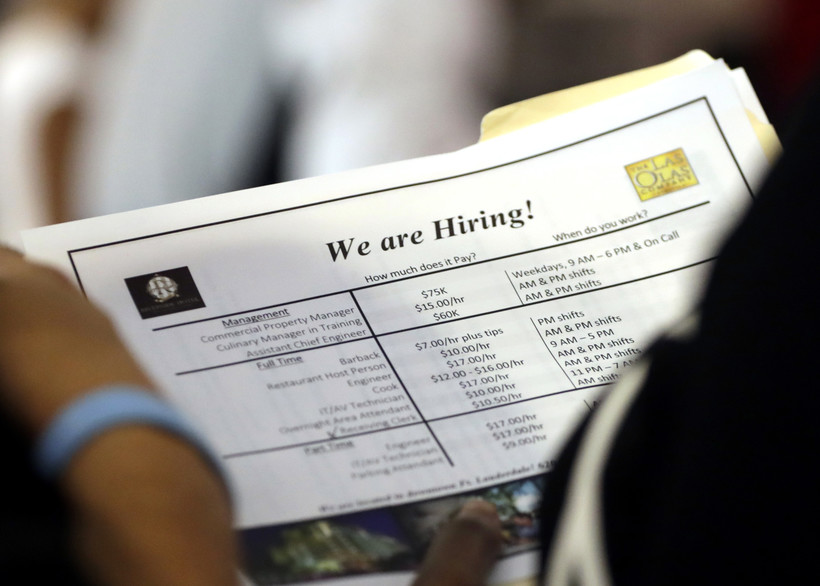 Even With Jobs, Middle Class Is Feeling The Squeeze

Alissa Quart spent the last few years traveling around the United States talking with all kinds of people about work. What she found is a lot of people with jobs that look good on paper but who feel — in a word — squeezed.

Quart writes in her new book, "Squeezed: Why Our Families Can’t Afford America," about how work is not working for the middle class. She talked with "To the Best of Our Knowledge" host Anne Strainchamps about the myriad causes, and, some possible solutions.

Anne Strainchamps: Your primary message for anybody feeling squeezed is: It's not your fault. Do people think it is?

Alissa Quart: Yes. I think people know on some level that middle class life is 30 percent more expensive than it was 20 years ago. College tuition fees have jumped 35 percent from 2006 to 2008. People know this intellectually, but you can't help but think, "Why am I personally not making this work? Have I done something wrong? Am I immature? Have I not worked hard enough?"

I think there's an ethos of 1 percent worship in this country too. Worshipping the wealthiest, watching television shows about them. That fools us into thinking that's the life that we should be living, or that our neighbors are living — when really, they may be struggling just as much as we are.

AQ: Right, exactly. The uncharitable responses came often from people with very different attitudes about self-reliance. Readers would write me asking, "Why are these people single?" Some of them were single mothers. Not everyone in the book is a single mother. But there are a number. "Why didn’t they make sure they had a steady marriage?" or "Why did they get a degree in history and not computer science?"

To me, it seems like there's a lot of blaming of others going on, as well self-blame.

AS: What do you tell people about how to stop blaming themselves?

AQ: I talked to a journalist who was just so angry at herself. She couldn't afford the soccer fees for her daughter and they had to take in a roommate. And she was racking up debt. She said, "I'm doing something wrong." She'd been a reporter at a newspaper for 20 years. I said, "No you're not. This is a system failure. There should be support for you, and there should be some continuance of your professional life that makes sense."

And those conversations we can have with one another. But I think first we have to get over the shame and stigma that might prevent us from being open about the struggles that we're having.

AS: The causes are so huge. It's hard to grasp. I'm not an economist.

AQ: Yes, there is a feeling too that a lot of our economy is mystified. Why is this happening to us? Why are wages not reflecting the fact that we have near full employment, or that there's that record corporate wealth? What is the mechanism that's preventing this from happening?

AS: I'm in my 50s. I'm sometimes inclined to feel like I must have screwed up somewhere — how can I be more in debt now than I was in my 30s or 40s? Clearly I didn't save enough, I didn't do the right things. But for younger people in their 20s and 30s, there must be a real sense of betrayal.

AS: So let's talk about solutions, because times are bad and there's a lot of pain. But you did find a lot of people even just on a community neighborhood level trying to band together trying to invent new solutions.

AQ: Among the bigger solutions are things like universal pre-K, subsidized day care for people in the lower end of the middle class.

Universal basic income, which would be a monthly stipend especially for somebody with a disabled kid or somebody struggling without having a maternity leave. That $1,000 a month or $2,000 a month would actually be a huge difference for many of the people I met.

There are things we can do for ourselves. We can create situations like co-parenting communities. These are people who were not together romantically or biologically related, but they live in the same house and they serve meals and they do child care for one another. These are the more bespoke things that can emerge when we stop blaming ourselves.

AS: You're really talking about a stigma. And we've overcome others — some we're still working on, like the stigma around mental health. How could we begin to approach erasing the stigma around financial and economic struggles?

AQ:  The main way to lift that stigma is to normalize or naturalize these kind of conversations.

It would be like coming out in a way, as struggling. This is a coming out, coming out as normal, in a way. This is what normal people are like. Eighty to 85 percent of the population is living like this.