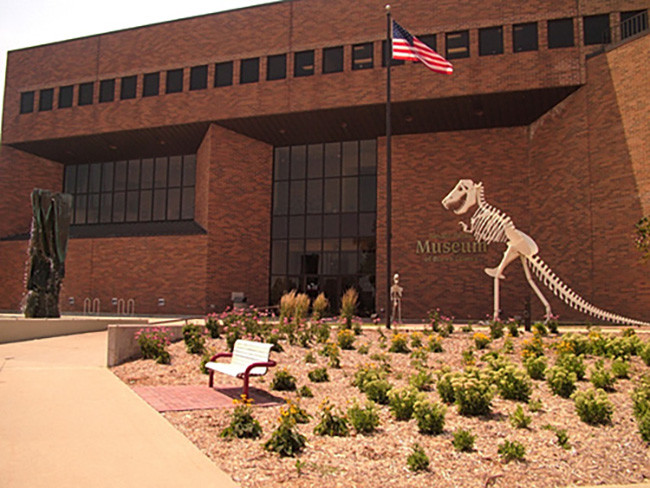 'Estamos Aquí': A Story Of The Latino Experience In Northeastern Wisconsin

Wisconsin’s Latin American community has long been associated with the southern part of the state – especially in Milwaukee and Dane counties, which have some of the largest concentrations. But a new exhibit in Green Bay’s Neville Public Museum is showcasing the stories and experiences of a growing Latin American community in northeastern Wisconsin.

The data on the community’s size and growth is limited but David Littig, a member of the exhibit committee and also political science professor emeritus at the University of Wisconsin-Green Bay, said part of the story began about 60 years ago.

"It really started — in terms of permanent residents — in the 1950s," he said, adding that the community has grown and is more diverse than many might expect. "While there’s a predominance of Mexicans … there’s more than just Mexicans here. And so one of the things we try to do is go identify and bring into this exhibit the cultural traditions of Latin Americans."

The exhibit, Estamos Aquí, or "we are here," highlights everything from the migrant worker experience to the varying countries and cultures that are part of Latin America — and does it in both English and Spanish.

For Patricia Agee-Aguayo, a teacher at Green Bay’s Hispanic resource center, Casa Alba, said a bilingual exhibit was a powerful way to reach out to the community.

"When I saw the exhibit in both languages it made me very proud," she said. "We want to reach the Latino community by having the native language in the exhibit for people who are still learning the English language."

The celebration of language doesn’t stop there — part of highlighting the nuance within the Latino community is showcasing how language will change from one culture to another.

"There’s a difference in language, even (within) Spanish languages, of how people relate to each other, how they introduce themselves, how they talk," Littig said.

The exhibit also highlights different cultures within the Latino community through audiovisual and audio material. Agee-Aguayo described the musical portion of the exhibit as especially powerful.

"I am from Chile, and when I heard the music (from Chile) going through the exhibition, it brought tears to my eyes. Being in Green Bay and hearing the music of my country is amazing," she said.

But for Agee-Aguayo, the exhibit also symbolizes more than just her culture — she used the exhibit’s title to describe an immigrant community that she said is energized to stay in northeastern Wisconsin and be part of the community’s fabric, especially through higher education.

"Estamos Aquí means that we are going to stay here, and I don’t think we are leaving from here, because we love the city, we love the people around us, and the support that we are receiving. And we are ready to do good things," she said.