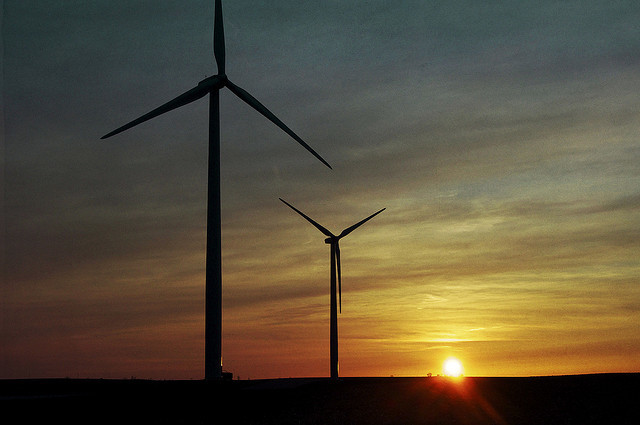 Three recently released environmental reports have found that even though Wisconsin's utility companies are meeting the state’s renewable energy targets, the state still lags much of the country in terms of sustainability.

Thomas Content has written about the reports and their mixed results for the Milwaukee Journal Sentinel. He said a study conducted by the Portland-based consulting firm Clean Edge seems to be causing the most concern for renewable energy advocates.

Content reported that according to that study, "Wisconsin's ranking fell to 30th, down from 19th a year ago, in the firm's state-by-state analysis of more than 70 measures of sustainability."

"It was one of the biggest drops in the country," Content said Monday. "Mainly it’s because so many states are moving so rapidly to develop solar and wind technologies, and also because Wisconsin isn't seeing as much venture capital in that space either."

Wisconsin’s renewable energy standard mandates that the state produces 10 percent of its power from renewable sources by the end of 2015. A report by the state Public Service Commission found that utilities hit that mark in 2013, and last year surpassed it with 11 percent.

Sources reportedly told Content that while they were happy the state met its goals, they question whether or not Wisconsin should have higher standards.

"There are other states such as Minnesota and Iowa that have moved to a 25 percent standard and even higher. California actually just adopted a 50 percent standard, in part because they’re moving more aggressively on greenhouse gases," he said.

The third report, by the Wisconsin Sustainable Business Council, found that Wisconsin is the 10th most coal-dependent state in the nation.

"That’s been our history and our manufacturing heritage to power our economy. And in the last 10 years or so, we’ve seen new coal plants built near Wausau and in Oak Creek," Content said.

A possible challenge to curbing fossil fuel dependence, said Content, are the studies findings that Wisconsin may not have the same capacity as other states to harvest natural resources, especially wind power. However, he said the Mid-West Energy Research Consortium — a new partnership between the state, universities and several utility companies — could lead to more renewable energy infrastructure throughout the state.